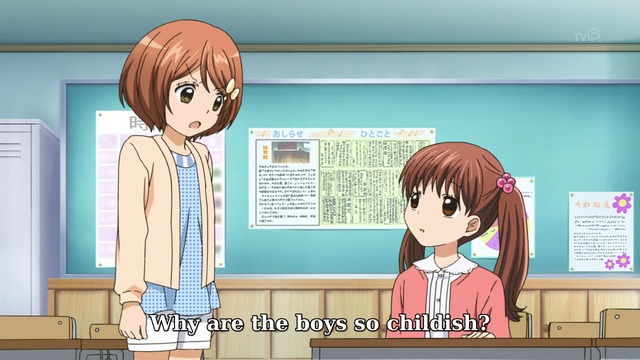 I like this just for the concept. In anime, six year olds have often already made promises of marriage. This is much more realistic in that all the boys think the girls have cooties.

That said, it’s about three times longer than it should have been. This is one show that would have done much better as a short. It’s very repetitive… just more couples hook up. And have silly childish conflicts.