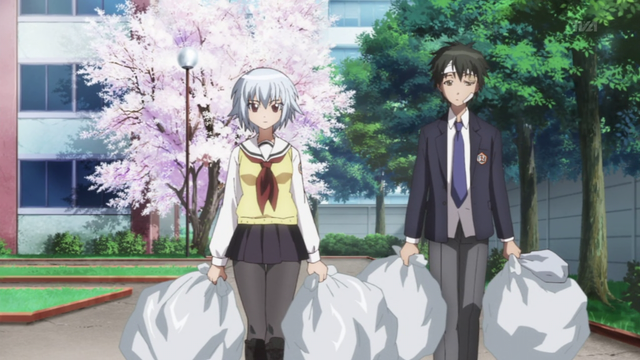 The supermarket has become a battleground. Every day, when leftover bento are reduced to half price, an epic battle takes place to determine who will save the most money.

This was dumb. But it was also pretty funny, in a ridiculous way.

The characters are nice and crazy. The male lead gets beaten half to death but keeps coming back for half price bento. Same with girl he meets in the store, who seems to enjoy watching people beat each other up over bento. Her stalker, the class president, is also entertaining (and violent). Finally we have the blue haired girl, who is not too talkative but seemingly dedicated to half price bento (and even more violent). 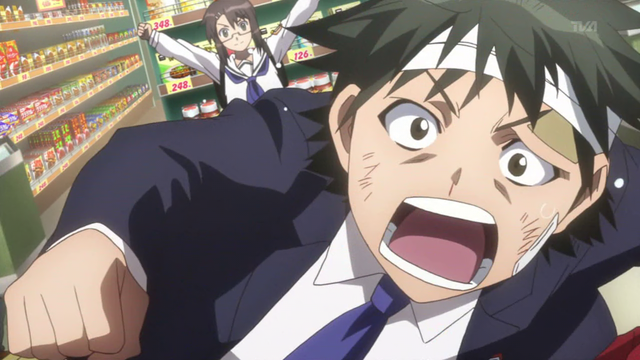 It was an introductory episode, though, so it’s hard to say how the rest of the series will turn out. I’m predicting it will become a harem and go downhill, but hopefully I’m wrong. I’m not sure how they’ll base an entire series on this premise, but it seems crazy enough that it just might work.

Just please don’t let this turn into a repeat of Onii-chan no Koto’s stocking fetish. 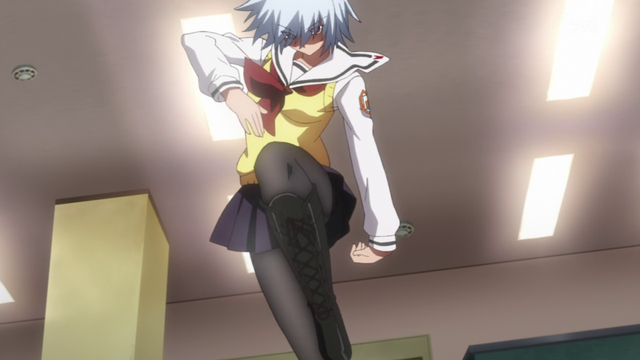