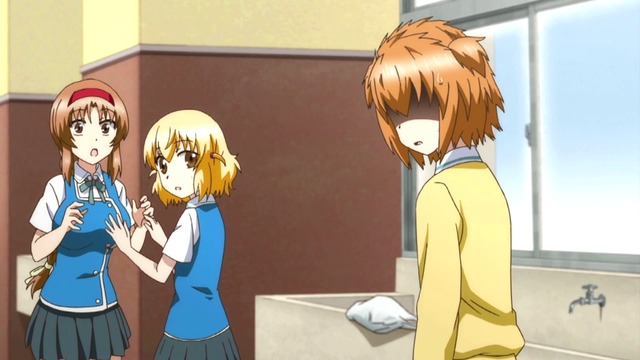 This is based on one of my favorite mangas, so I was excited to hear it was getting an anime adaptation. Unfortunately, it didn’t turn out too well. The production is atrocious. Bad animation, and bad voice acting. Although probably the worst part is how the animation and voice acting fit together (or fail to). 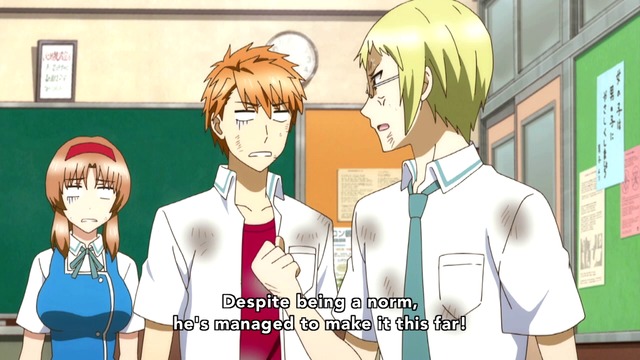 Still, it’s not a bad show. The manga has a lot going for it. It’s the Japanese style of tsukkomi / bokke humor, with people doing idiotic things and other people retorting them, so your mileage may vary. It has quite the absurdist streak. For example, one of the best parts is “Shawn Conecone-sensei”, a teacher who explores ancient ruins and saved Kazama and friends’ lives during childhood. Then one of the main characters has the power of darkness and puts bags over people’s heads. The show’s final boss has twintails to counter this ability. You get the idea. It’s silly. Very silly. With lots of shouting.

Recommendations – School Rumble, Nichijou, BakaTest, Fujimura-kun Mates (this is only a manga, but it’s very similar and I recommend it. More of a focus on harem elements than D-Frag)