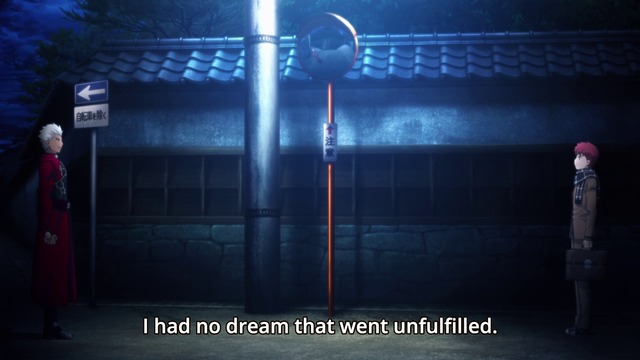 But also… yeah. It’s like he’s embarrassed to be helping Shirou. He’s a perfect match for Rin. 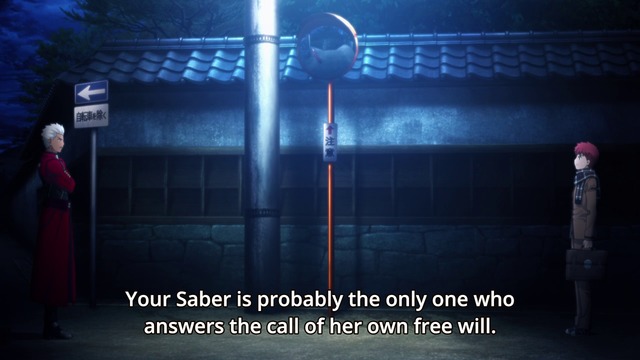 Also, Saber confirmed for dumbest servant. Not like we needed any more proof.

Shinji is such a jerk. I can’t even bring myself to hate the guy. He’s just… unbelievably dickish. He doesn’t feel any self-consciousness or even seem to realize it. How can someone like this even exist?

And Shirou’s magic… If this were SAO, it would be the highlight of my fanfiction. “Strengthening magic”, where he literally strengthens rods. It is just about increasing toughness. 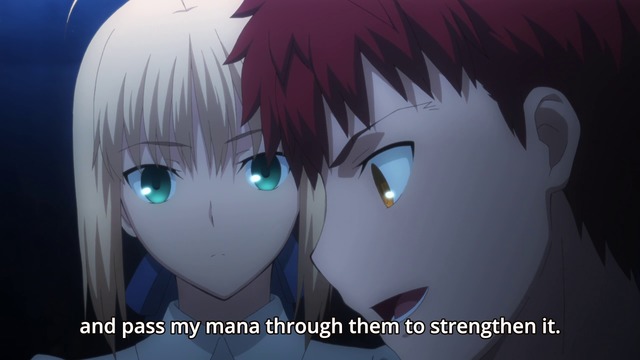 And he passes his mana through them to strengthen it.

I did read the VN, but I fast-forwarded through all the sex scenes. (Spoiler: they suck.) I don’t think they had a sex scene in which Shirou strengthens his rod through magic, but they totally should have. Would have added some much needed flavor to the endless moaning. I only read bits and pieces but damn those scenes were horrible…

It’s a shame things ended right when things were about to get a bit violent.

We didn’t even get many funny Rin faces this episode: 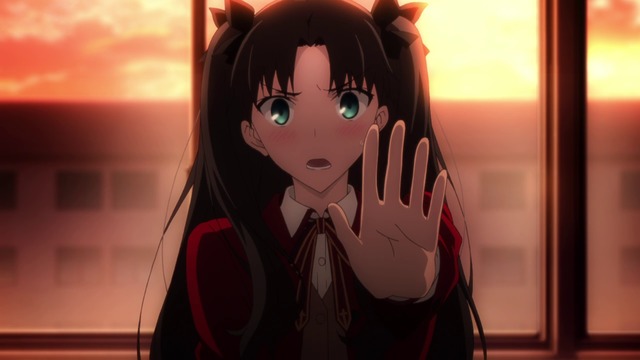 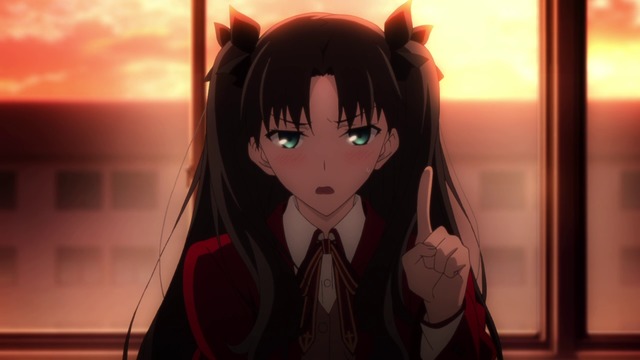 I wish the animators would stop slacking off…