Three new sports anime. I knew I would drop them before I even tried them, but for my faithful readers I watched the first episode of each. 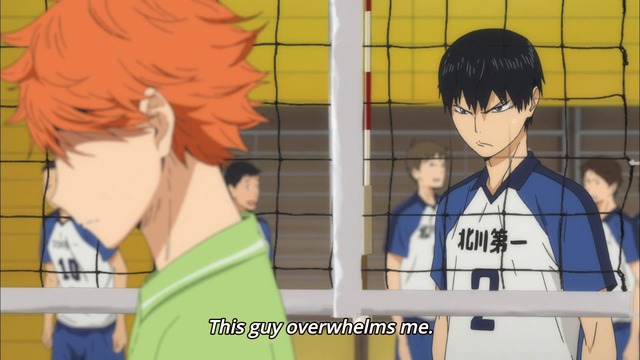 Haikyuu: Gay guys play volleyball. This was actually a pretty strong first episode. The characters have good chemistry, the way they portray the matches actually makes volleyball seem interesting, and you have to root for the short guy. Decent sense of humor too. Still, I don’t have the patience to watch sports shows, even if they’re good, which I recently re-discovered with Yowamushi Pedal.

Baby Steps: A guy with the weirdest hair style I’ve ever seen plays tennis. Also not a bad start. Production-wise, Haikyuu is much better, but I do like the characters in this one. The main guy is the king of the nerds and kind of a loser. I think Illogicalzen explained his appeal quite well:

@N4gaiyume @draggle_kun I like Ei-chan because he is a typical side character who happens to be the main protagonist.

Be warned that he and others who have read the manga say it’s going to be a slow start before things really get going. I wasn’t planning to stick around either way though.

Rowdy Sumo Wrestler Matsutaro: A rowdy sumo wrestler makes an ass of himself. There hasn’t been any sumo wrestling yet. But I don’t care to stick around to find out. This show has absolutely nothing going for it. It’s probably more a kids show. But what awful lessons it’s teaching the children…

Leave a Reply to What the Cancel reply