My hotel does have an internet connection, albeit a slow one, so I managed to watch Iroha. I have to run in fifteen minutes so let’s see how I do at speed writing. No guarantees on whether I’ll have time for Stein’s; Gate, but expect a big post tonight (about what? it’s a surprise!).

Things are starting to head back in the right direction with this episode. The biggest improvement, from my perspective, is that this episode didn’t focus on a single character but instead consisted of a bunch of intermingling subplots woven together. We had Minchi attempting to lead a group of students in cooking (who are not nearly as gung-ho as she is), Nako becoming a connoisseur of abstract art, and Ohana and Yuina leading a group of waitresses. There were also many smaller developments of interest: we discover that Beanman has a son, Enishi begins bragging about his love life, and the novelist’s fantasies continue unabated. 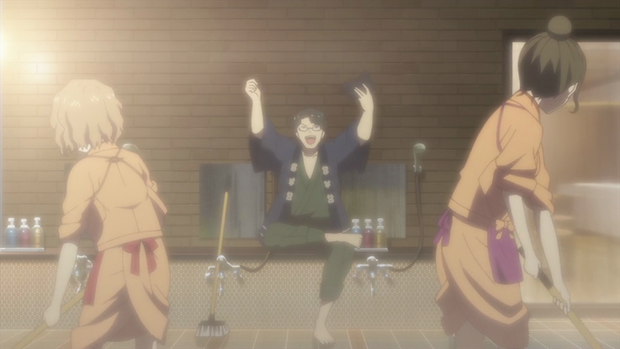 The drama seems like it is making a comeback as well. Minchi is in quite a pickle, and I’m guessing it will require some intervention by Ohana and Yuina to salvage the cultural festival. The love triangle with Tohru is also reigniting, with Tohru going to the culture festival to see Ohana. I wonder if Ko will show up? There seems to be some not-so-subtle hinting to that effect. 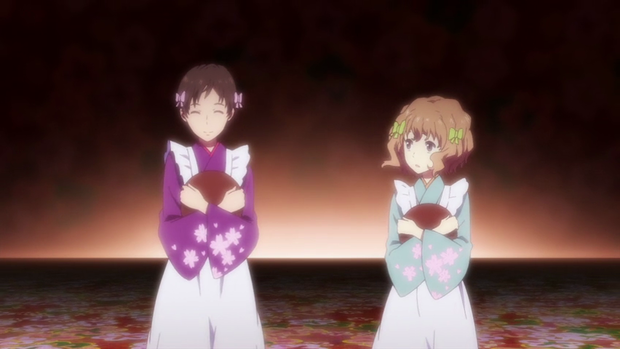 My favorite part of the episode had to be Ohana’s dream sequence. Cross-dressing in anime is often overused, but I felt that as part of the dream sequence it fit in quite nicely. This is the kind of ridiculous and nonsensical thing with just the right amount of connections to and confusions with reality that it felt like an actual dream. Ko is quite cute as a girl too. 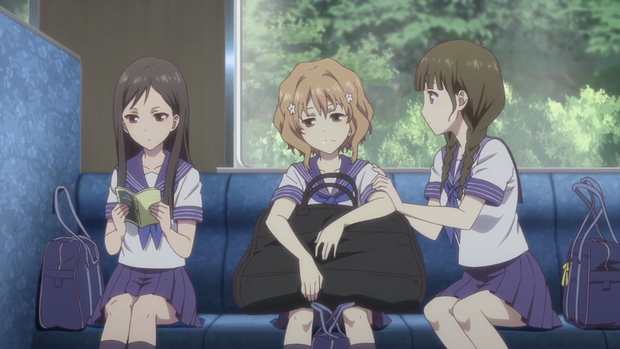 I also like how they showed Nako making a friend in class- she actually does seem to have grown a bit from the previous episode. It’s not a big change, since the rest of the class still ditched the two of them, but this makes it a more believable amount of progress. I wonder if Nako’s new friend will be insulted by the painting title. Also Nako’s compliment for Ren’s eyebrows: what the hell? Is this the beginning of a new pairing?