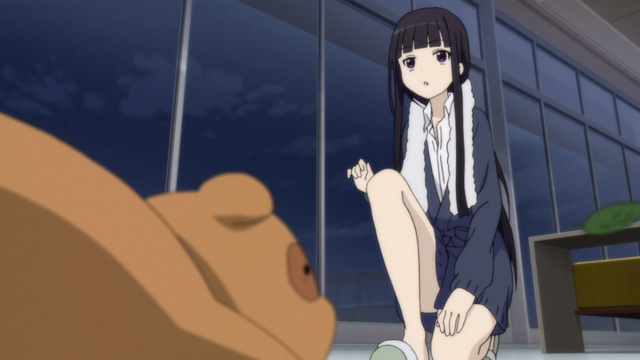 Honestly, nine tenths of the reason I like this show is because of all the costumes. This episode featured Ririchiyo in a fashionable bathrobe. 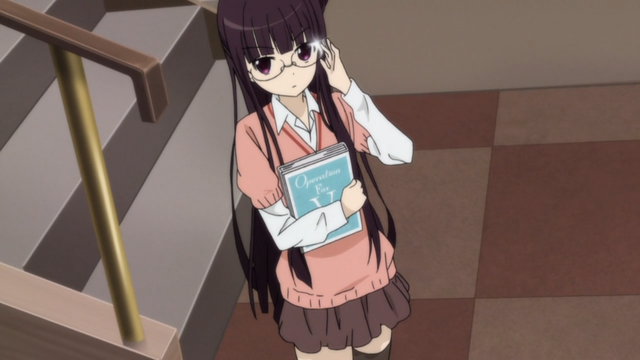 And we even got her wearing glasses and holding a book. Cuteness overload! This has to be one of my favorite outfits so far.

I think part of the reason I appreciate the different outfits so much is that most anime don’t do this. The characters tend to wear a single outfit for the entirety of a show.

Even worse are shows involving school life. Not only does no one change clothes, but every single person wears the exact same outfit! So seeing characters that do laundry is a real treat.

Next episode looks like it will have Karuta in a maid outfit. 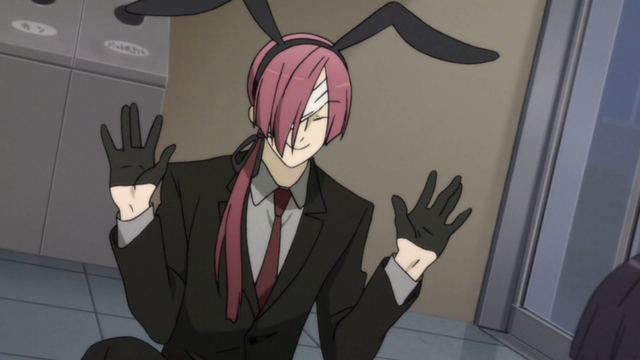 Ririchiyo and Soushi’s relationship is beginning to get slightly tiring. I still find the copious amount of sparkles and Ririchiyo’s awkwardness amusing, but the “irregular heartbeat” and all the promises are too lovey-dovey for me. Their relationship is progressing too quickly for it to have much subtlety. 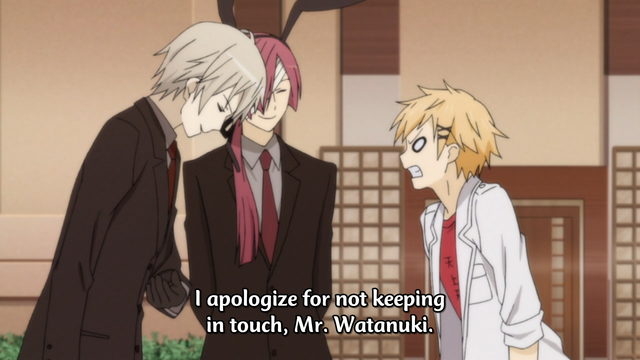 But two new characters were introduced which helped draw my attention away from Ririchiyo and Soushi: a rabbit and a tanuki. The two go along well with Ririchiyo and Soushi. I especially found Soushi’s misplaced reactions to them amusing. And Ririchiyo encountering someone who fights back against her was enjoyable. 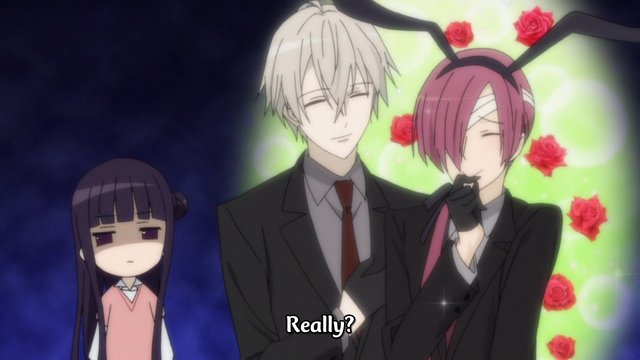 The tanuki’s relationship with Karuta has some excellent potential. He has fine taste. 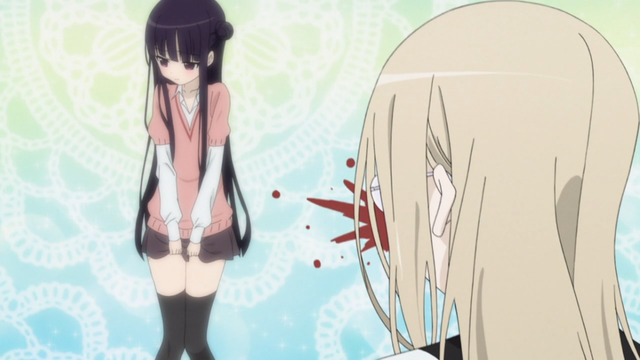 Of course, our resident lesbian is in fine form once again. I liked how Ririchiyo actually agreed to let her stick a finger down her sock. For once I feel that these ridiculous over the top nosebleeds are somewhat justified. 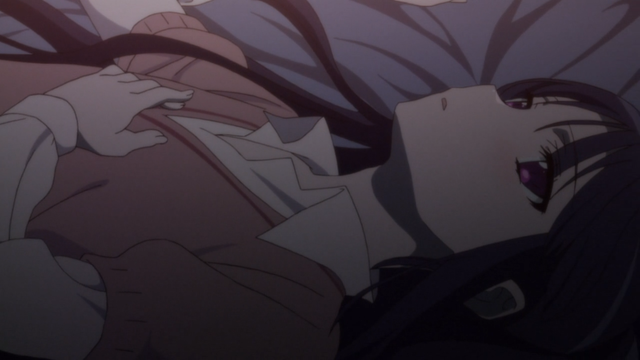 It doesn’t seem like anyone is watching this, but I don’t really understand why. It’s pretty similar to Nisemonogatari (i.e., some meandering story about demons and overcoming curses with a mound of fanservice) except Inu x Boku SS has less obnoxious fanservice that doesn’t revolve around pedophilia or incest. In my opinion, less is more. And of course, the biggest draw is that Shinbo isn’t involved.