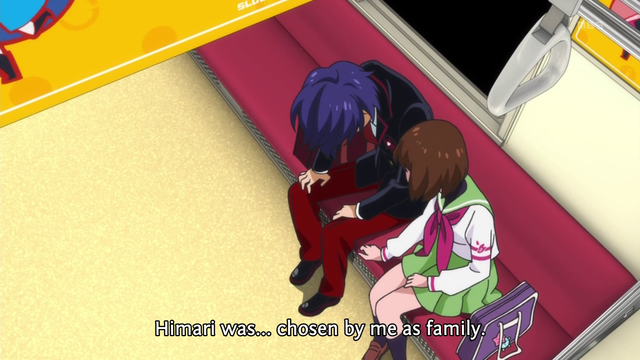 Apparently no one in the Takaura family is biologically related. But the strongest ties are those we choose for ourselves. Shouma chose Himari, and Himari chose Shouma. Now how did Kanba come into this?

Himari had a very interesting conversation with Sanetoshi here.

In the past, it was Shouma who chased after Himari. She thought she was destined to remain chosen by no one and to become invisible. 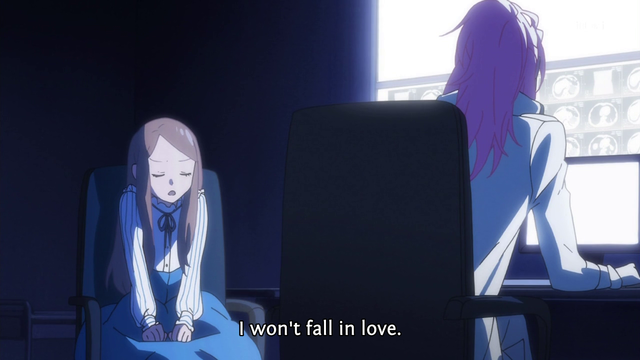 Why does she still refuse to chase and fall in love though? Perhaps now that they are family, that is out of the question? I doubt it though. My theory is that she fears she will be abandoned once again.

Wait wait what? Kissing? “Fruit”? Am I the only one with a dirty mind?

What?!! I think I may have to reconsider the apple imagery. Especially with the theme of the “survival strategy.”

But this does remind me of penguin hat Himari and Kanba. They’ve kissed, and she’s taken his “fruit” too. (And Kanba is the chaser.) Will the chased (penguin hat) give her fruit to Kanba?

This entire scene was reminiscent of the scene with Sanetoshi and Himari in the library, where Sanetoshi tries to kiss her but she stops him. 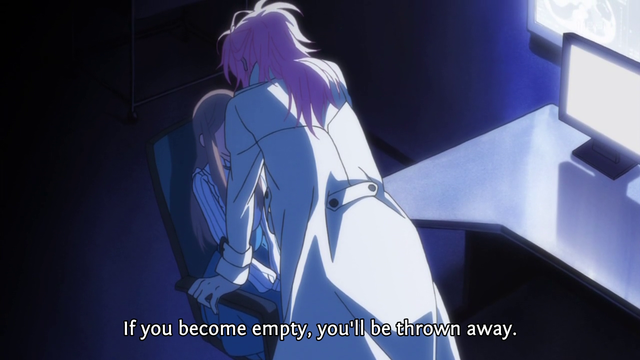 I think that this is the reason Himari says she won’t fall in love. She doesn’t want to give her fruit, become empty and be thrown away like she was before.

This World is Corrupt 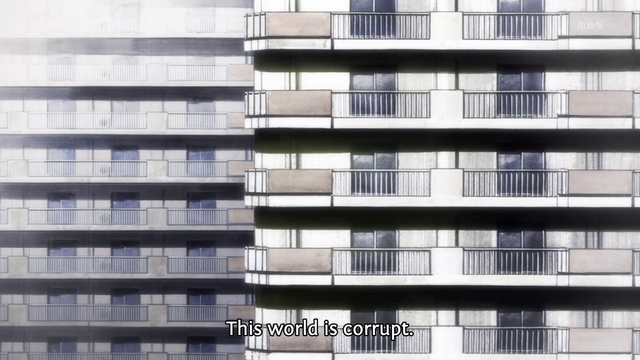 This idea that the world is corrupt is central to much of western thought as well. In traditional Christianity, the world is fundamentally good, but tainted and broken by sin (specifically, by the original sin). It is man that is broken more than the world itself.

The Takakura parents take a different approach: they despise the world itself for allowing children to become invisible. But perhaps they should look at themselves. They say that it is impossible to save children from the child broiler. Yet Shouma saves Himari, and Momoka saves Tabuki.

There are other approaches to this broken world problem as well. Nihilists declare that the world is base and meaningless, as is human existence. Our friends the Gnostics (I haven’t mentioned them in a while!) take a surprisingly similar view:

Jesus said, “Whoever has come to understand the world has found only a corpse, and whoever has found a corpse is superior to the world.” — Gospel of Thomas, 56

The world is base and meaningless, but that is not because human existence is meaningless. It’s because the world is beneath man. A supremely optimistic conclusion from nihilistic underpinnings.

The Takakura parents seem to hold the view that the world is terrible and cruel, but that they can somehow fix it. Followers of these other systems of thought would accuse them of being proud and foolish.

This segment with Shouma and Himari’s past was beautiful. (Although I’m still rooting for Ringo, of course!)

Sharing the apple. Shouma sure loves the story of Adam and Eve. I wonder why. Sharing the forbidden fruit isn’t generally seen as a positive thing. Except among our friends the gnostics, of course.

Damn, that scarf. So adorable. This must be where Himari’s hobby of knitting scarves comes from.

Absolutely beautiful scene in the Child Broiler. Fantastic music. Did Shouma walk though the hole in the wall that Momoka left? Then Shouma manages to find Himari, out of all the thousands of abandoned children in the child broiler. He chooses her. 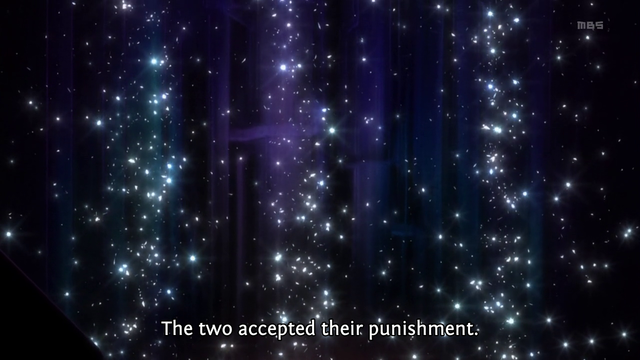 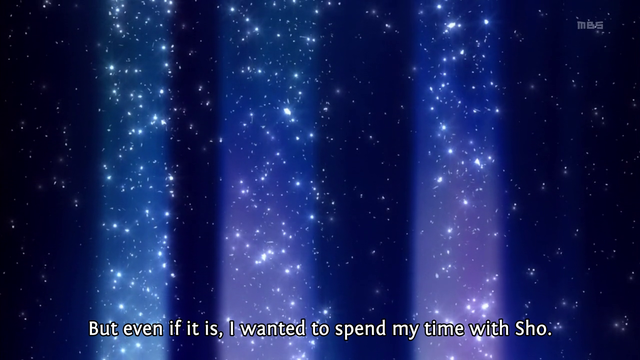 Himari and Shouma accept the first two, but choose to live with suffering rather than abandon their desires. 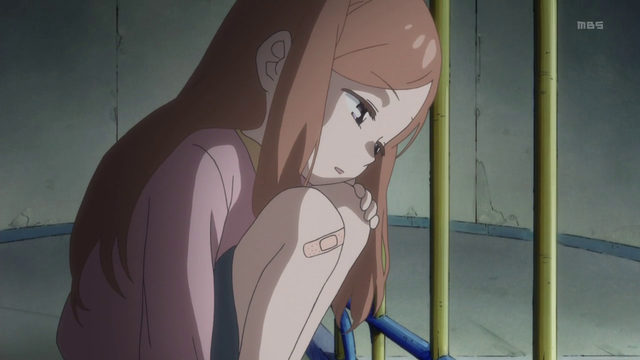 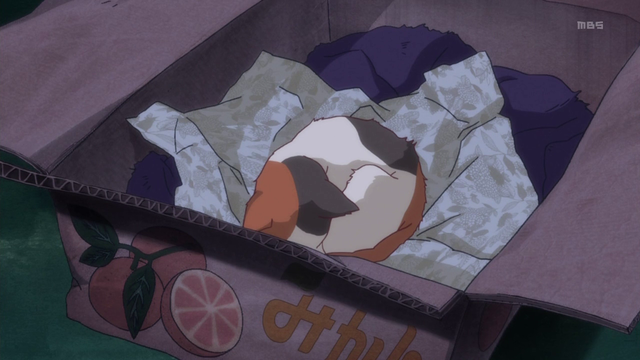 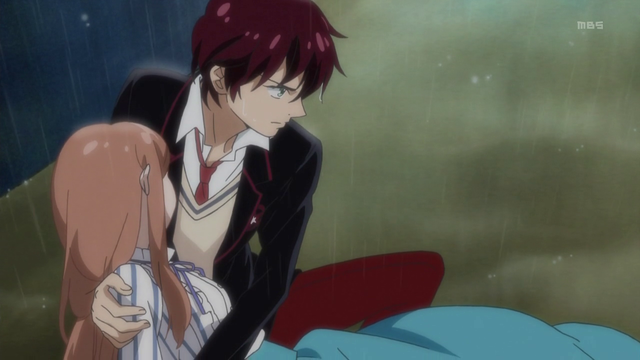 12 thoughts on “Mawaru Penguindrum 20 — The Ties that Bind”