Ch. 14 Summary: Shiina’s mother visits her father in the hospital to quiz him on what happened. Shiina also visits, and then attends the other pilot’s funeral. Akira asks Shiina for help, showing her a threatening note.
Ch. 15 Summary: Shiina and Akira discuss what to do in response to the note. Shiina says she will kill anyone who threatens her father.

In the car on the way to the funeral, Shiina asks her father’s friend a question he can’t answer: 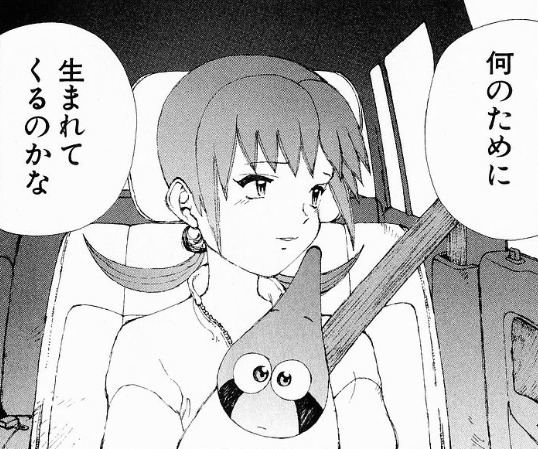 “What’s the point of being born if you’re just going to die?”

I’d like to compare Shiina’s reaction to some of the other characters who have already confronted death:

Unlike the adults, Shiina doesn’t want to accept death. In particular, she refuses to accept her father’s death. I think that to an extent, this is a good thing. Death should make you angry. It’s ridiculous. At some point, of course, you have to come to accept it. But to be angry at death is to be human. Some of the adults have gone numb and started to lose this feeling, which is unfortunate. 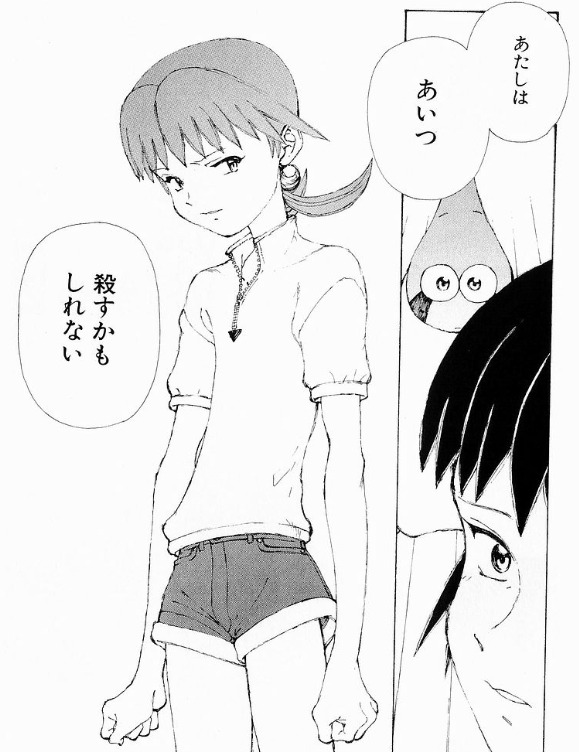 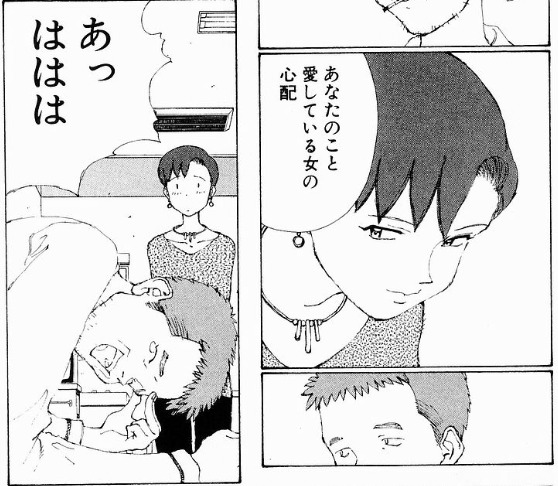 Shiina’s mother and father have great chemistry together, even if they don’t get along at all. I especially like the frame when he leaves her looking completely dumbfounded. From what we’ve seen of her, she is not a person who is frequently confused as to what to say.

Yeah… as I said, they have an interesting relationship.

And in her own way, Shiina’s mother does care about her. Or so she claims. 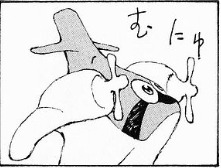 I enjoyed how Hoshimaru transformed into a plane to remind Shiina of the guy in the airplane. Readers who have completed the series will find this scene especially amusing.