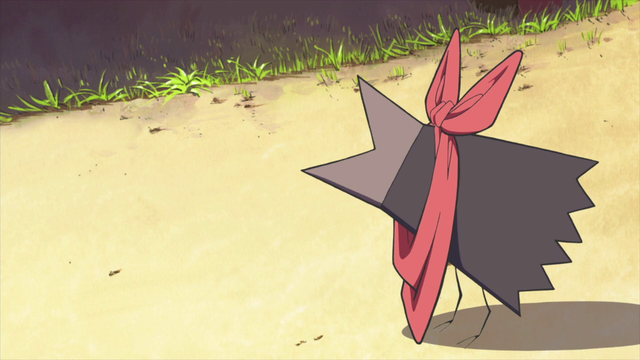 The comedy of the year.

When Nichijou first started, I, like many others, assumed it was simply KyoAni’s next phase in milking the cash cow they had discovered with comedy manga about cute girls doing cute things. Well, they probably are cashing in, but KyoAni has still surpassed itself with Nichijou. 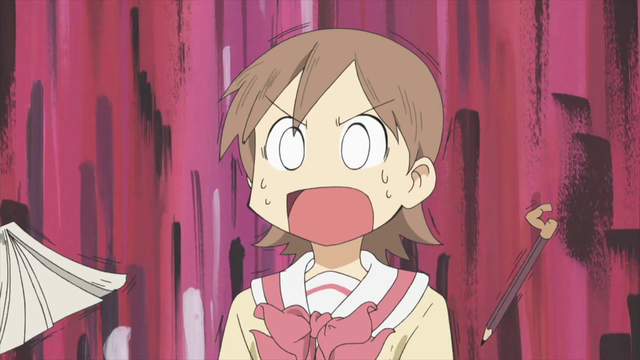 Nichijou is bloody hilarious. K-On focused on cuteness, Lucky Star on referential humor, and Nichijou does absurdist slapstick comedy. It works. All too well. I almost died of laughter several times. I’m still laughing about that first cube skit, which was over twelve episodes ago…

What makes Nichijou work so well? Much of the humor comes from the epic proportions they escalate things to. When Mio gets mad… hell hath no fury like a woman scorned. This is coupled with excellent visual effects: the entire world shakes with rage when Mio’s angry, the background changes, and you can feel her anger. The animation makes you feel emotionally involved with the story. 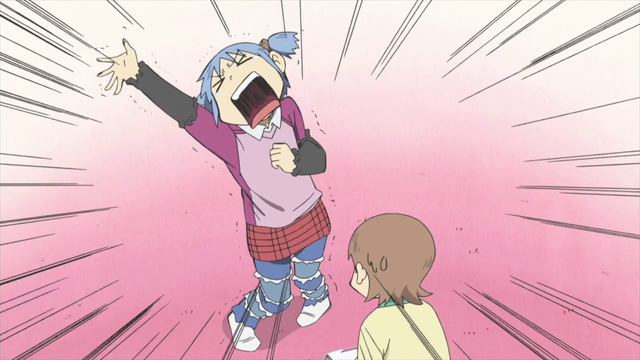 Another part of Nichijou’s charm is the sheer randomness. We have statues everywhere, Mio’s hair ornaments falling from airships, Igo soccer, wind-up robots, talking crows, and Mai, who is an unstoppable force of nature all by herself.

The characters are forceful and memorable; the animation is superb; and the comedy is drop dead hilarious. Go watch Nichijou if you haven’t already. 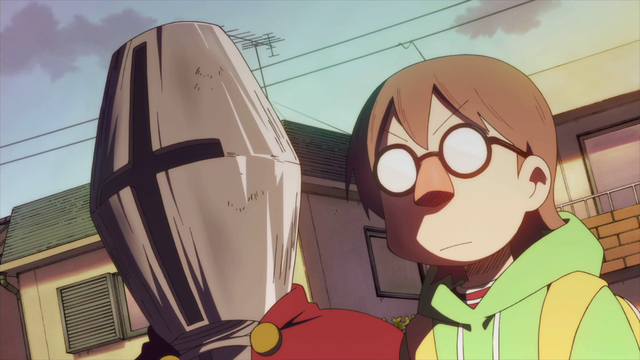