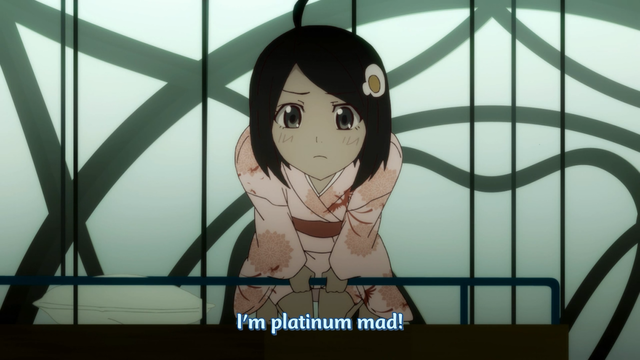 So, when has a SHAFT sequel ever been good?

Oh, that’s right! Never! The sequel to ef was godawful, the sequels to Sayonara Zetsubou Sensei sucked nearly enough to make me hate the original, and I still haven’t finished the Maria Holic sequel since it was so painful to watch. So I had very low expectations coming into Nisemonogatari.

This was compounded by the fact that I didn’t particularly like Bakemonogatari in the first place. It wasn’t bad, per se, just not enjoyable. I liked the Senjougahara arc, but after that they just kept expanding the harem more and more and I lost interest.

Most of the chart requires no explanation, but I will discuss the pretentiousness a little bit since this is the only debatable item on the list. Pretentiousness is difficult to define and pin down. For me, it’s all about perceived intent. Are the words a character speaks intended to convey some substance, or are they intended to impress the audience with how clever the show is? Nisemonogatari clearly falls in the latter category for me.

There are two main types of conversations in Bakemonogatari. I’ll call them the cheesy action movie climax and the porn scene. In the cheesy action movie climax, the villain throws clever argument after clever argument (usually tangentially related to the issue at hand, such as, in the final fight, whether certain people are “fake”, whatever that means) all while Araragi gets beaten to a bloody pulp. Eventually, the villain gives in to Araragi’s stubbornness and leaves. The “clever” arguments really have no bearing on anything, if you listen to the content they’re vapid and pointless, and are just there to make the audience feel clever. 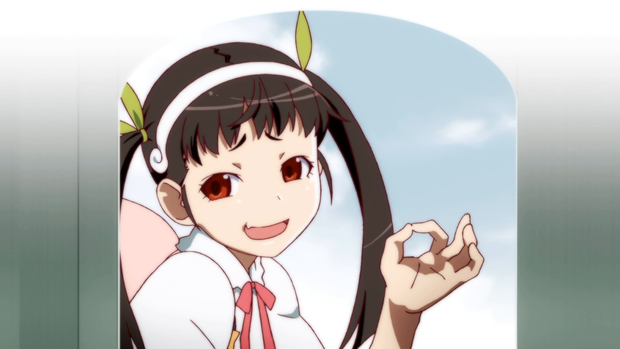 Recommendations – Katanagatari (same writer but not by SHAFT, so much better), Mouryou no Hako (not that it has anything to do with Nisemonogatari, but it’s an amazing show that everyone and their cousin should watch)