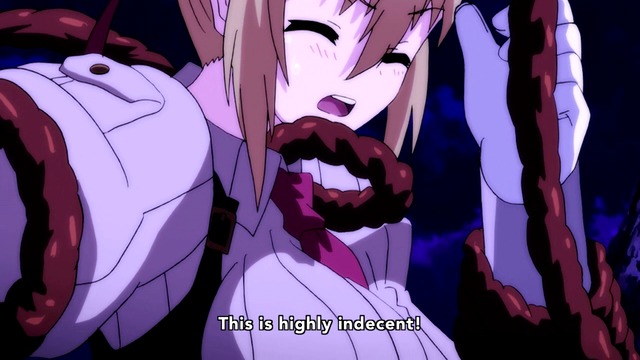 Ash Blake fights with dragons together with his harem and his pet loli dragon. Girls’ clothes explode in battle with tentacle monsters.

I’ve watched a lot of classy anime over the years, and this one is pretty generic in a genre that’s pretty generic. Lots of girls fly dragons around in decomposing clothing while they get tentacle raped. As long as you know what to expect, it’s a fairly solid show. By which I mean that I’ve seen way way way worse attempts at the same thing.

Still, it is possible to make this kind of ecchi show such that it’s actually enjoyable. Like High School DxD or Daimidaler. Seikoku no Dragonar is nowhere near their level. The show likes to move the plot along by emotionless talking, all the character interactions are stiff in that way that only the Japanese can be, and the main character is as boring as you can get. There’s no heart to the show. 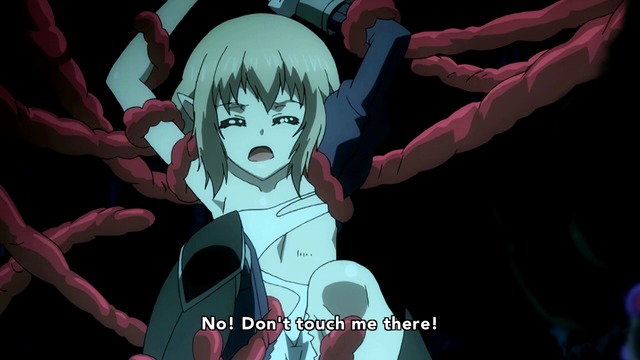 Hence, the characters are more or less forgettable with the exception of Ash’s loli dragon who is unbelievably annoying, similar to Rose from Dragon Crisis. Fortunately she doesn’t show up much (until the end) and Ash spends most of his time having the older ladies fall for him for no reason.