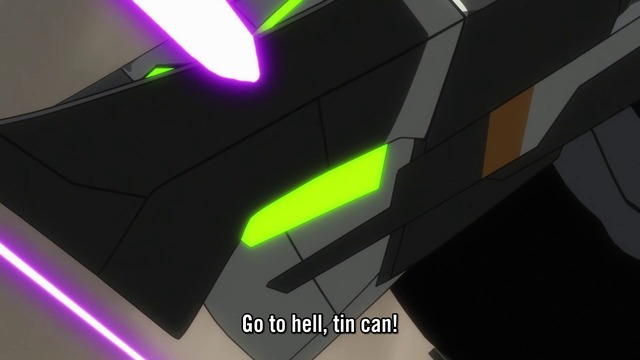 Although Amy continues to be completely useless until the bitter end.

The other robot offers people freedom from the responsibility of freedom and making decisions.

But Ledo has always thought and made decisions. That’s what it means to be human.

Although the cult members also made decisions. I guess they were just the “wrong” decisions. Although many of them likely had, in practice, little choice in coming to these decisions. Does that make them any less human? I probably shouldn’t think about this too hard.

Although the world is saved, without Chamber in it, it feels much vaster and emptier.

As an aside, in Urobuchi’s works the ultimate evil is typically not a person but a system. In PSYCHO PASS it was the Sibyl system, in Fate / Zero it was the Holy Grail War, in Madoka it was the system of magical girls, and in Gargantia it’s the system that Ledo grew up in and that the other robot tried to create on Earth. This is similar to the idea of the principalities and powers in Christian theology.