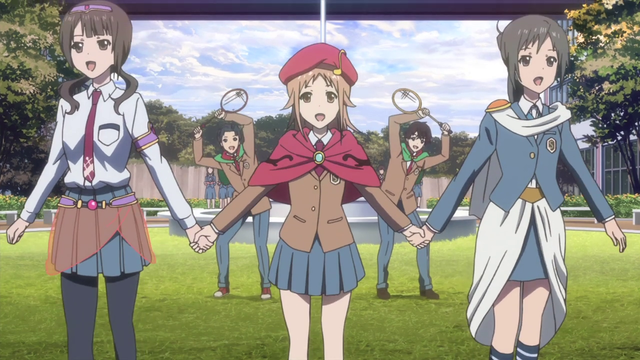 Tari Tari started out strong, with an exciting first episode about forming the choir club. And then we just forgot about that. We worried about Wakana’s mom and whether Wakana should become a composer like her mom. Wakana attained sainthood, and then we worried that Sawa was too tall to be a jockey. Wien and Taichi never amount to anything. 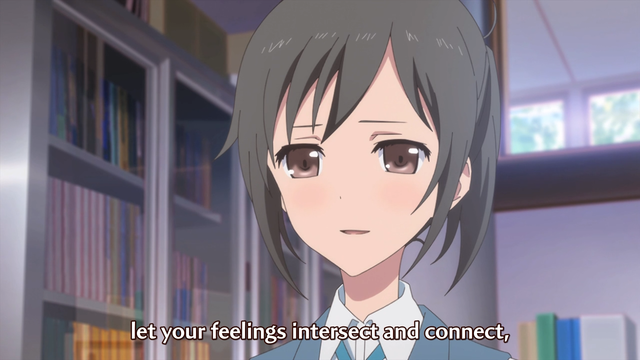 My biggest pet peeve, however, is Wakana. This girl spends three episodes worrying that she hasn’t ended up composing just like her mom did. What’s the big deal?

Well, apparently she wasn’t being true to herself. Because Wakana has to do exactly what her mom did with her life. Anything else would be a disgrace to her mother’s memory.

This isn’t even the worst part though. After that she becomes the Buddha. She lectures all her friends and teachers and there’s this halo on her head and angelic music. Her advice is completely insipid, but comes as if she’s attained all the knowledge in the world. Everyone respects Wakana, the fount of all wisdom.

This show shares a lot in common with Hanasaku Iroha, which was also made by PA Works. Both were about girls who attended high school, started with a strong episode, and then disintegrated into tedium. Hanasaku Iroha did come back occasionally to the good drama of the initial episode, but Tari Tari never did. In addition, Tari Tari’s setting was comparatively boring.

I can’t bring myself to recommend Tari Tari.