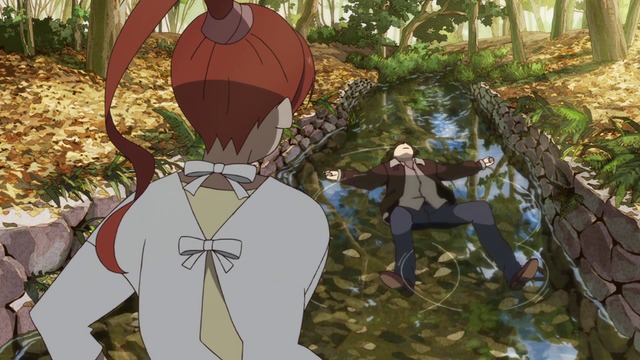 I’m somewhat embarrassed to admit this, but episode eight made me cry. This show seems to do that a lot, actually. It’s one of the most powerful shows I’ve seen in a long while. 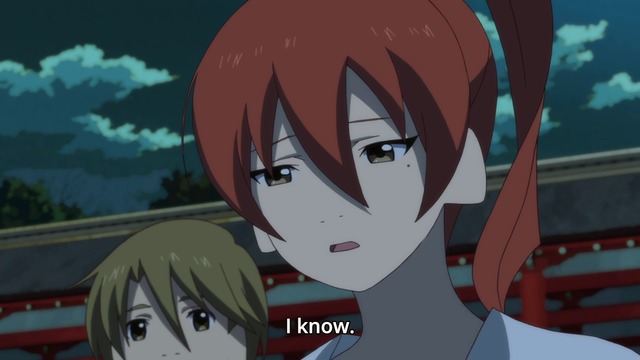 The cause, of course, is the final family meeting they discuss how Yajirou was the last one to see the father. Yajirou had been worrying for years about how his mother would react if she knew, and Yasaburou spent most of the episode worrying as well (I assume). It turns out the mother knew about it all along. 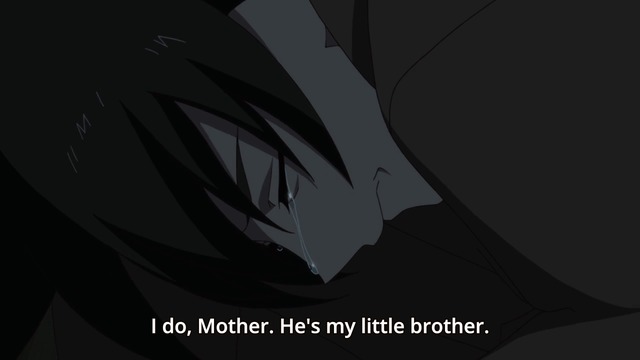 Simultaneously, the viewers were given to assume that the eldest brother was angry and blamed Yajirou for his father’s death. But then he breaks down crying and we realize he was mostly just worried for his brother. This scene was amazing.

Episode 9 didn’t blow me away like episode 8 did, but it was mainly a setup episode. It looks like the shit is going to hit the fan when the Nise-emon election occurs. I imagine this will have something to do with the not-so-coincidental timing of the Friday Fellows’ hot pot dinner. My wild guess is that the two brothers are planning to “help” prepare someone in the family for the hot pot. 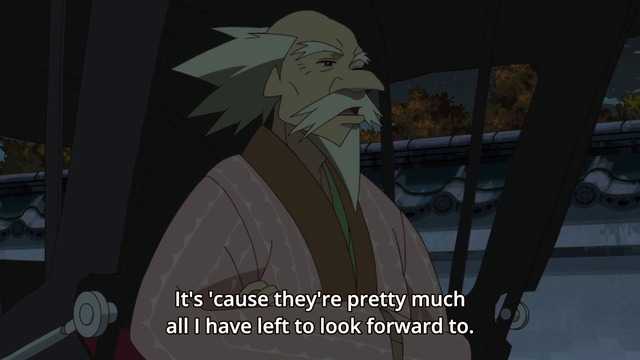 This show’s gallows humor can hit you pretty hard. Here Yasaburou asks the professor why he’s such a skirt chaser, and gets this rather bleak response. 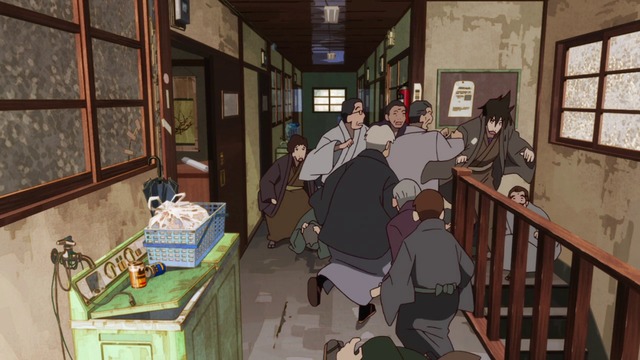 It was hilarious how everyone suddenly respected Yasaburou when they needed his help with the professor. And how they all fled down the stairs when the professor raised his voice. 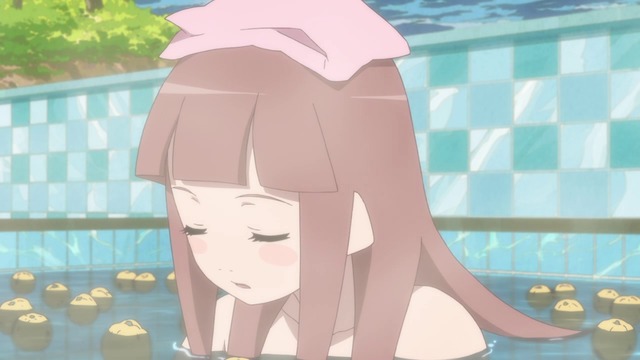