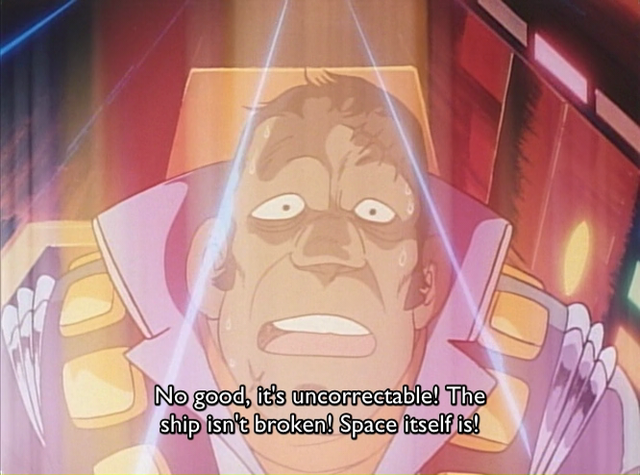 This review is part of the Reverse Thieves Secret Santa project. I was also recommended Rainbow and Silent Mobius, which I was planning to watch as well. Unfortunately, that never happened. I probably would have enjoyed those more, but with my trip over the last two weeks I didn’t have much time.

Joe is a crusher. Which means he flies a spaceship and does odd jobs, from what I can tell. Along with his crew of a blonde beauty, a big guy and a short guy, he takes a job to transport a sick comatose woman. And then she is kidnapped… 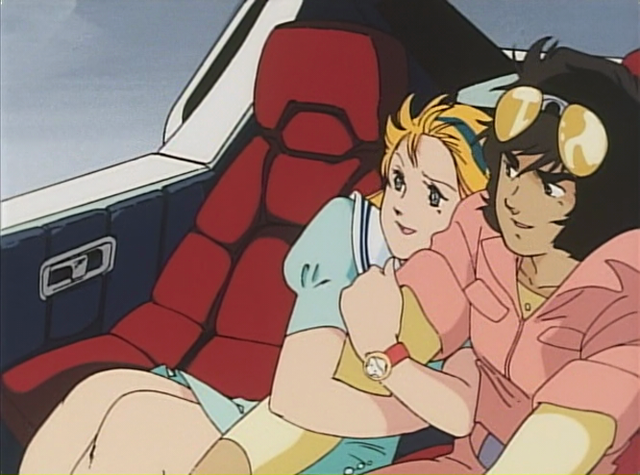 Crusher Joe reminds me of a Matsumoto Leiji show, but with all the interesting bits taken out. It involves an adventure through space. But the story is typical adventure fare: rescue the girl, kill the bad guys, go home and go for a drive with the babe while she clings to your arm. Thank goodness that last segment of the typical adventure story seems to be mostly obsolete at this point. 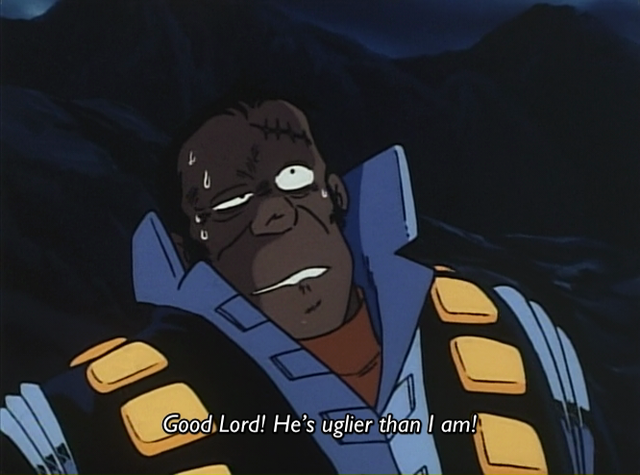 The animation is ancient, but I can’t really hold that against the show. More critically, the world the show is set in just doesn’t have much imagination. Sure, it’s in space, and we travel between planets— but there aren’t enough details in this setting to make it feel real. Our heroes travel to this one planet, and get mildly involved in its politics. However, the only people that seem to be living on this planet are the villainous gang of pirates and the country’s president. The planet is just a plot device. 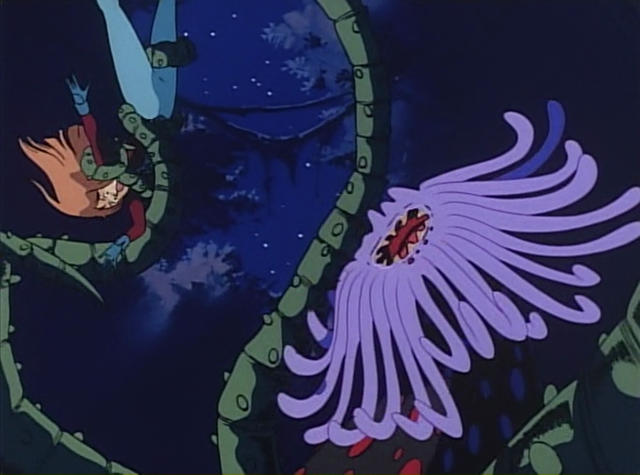 Furthermore, this show’s villains are lame. Supporting the tentacle monsters on our cast of villains are a group of pirates who want to rule the world by doing evil things. How exciting. We have a captain with a space monster, a giant dumb brute, a smart good looking guy, and a dominatrix with a whip. They all die, but it isn’t our heroes’ fault! They killed themselves! Joe and his crew would never kill anyone, as Joe said at the beginning that he would only capture the pirates. Well, they did massacre a ton of small fry without names, but those aren’t people, right?

Unfortunately, our main characters are even lamer. Joe, the head of our crusher crew, is an alpha male with a rich daddy. Our heroine provides the required sex appeal, and exists mainly to get rescued by Joe and to get jealous when he’s with other women. Then we have a big guy who does all the fighting, and a little guy who is basically a chimpanzee.

Unfortunately, I can’t bring myself to recommend Crusher Joe. It’s old and forgotten, and there’s a reason for that. It brings nothing special to the table, and is just your typical adventure story.