Welp, I’ve been living under a rock, and I didn’t know Yuasa was going to be directing this. It puts things in a different perspective when I’ve actually seen someone in staff in person before (I saw his Kick Heart debut at Anime Expo last year). But honestly, I’ve never been a big fan of his style. I think it’s rather ugly. 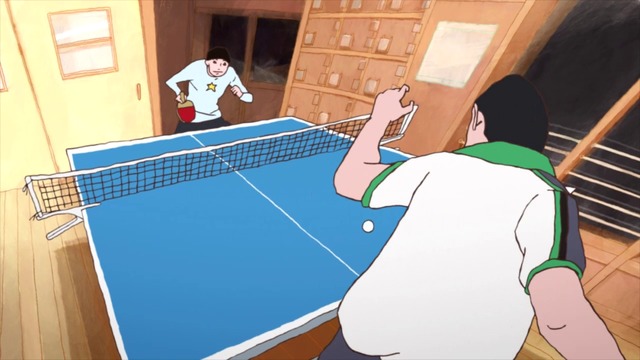 It does work quite well for the fluid action scenes though. The final ping pong match in particular was pretty amazing.

Somehow before watching this I thought it was supposed to be a comedy. Was there some other ping pong manga that’s a comedy?

FYI I have some friends staying at my house since last night so everything is going to be falling behind schedule.