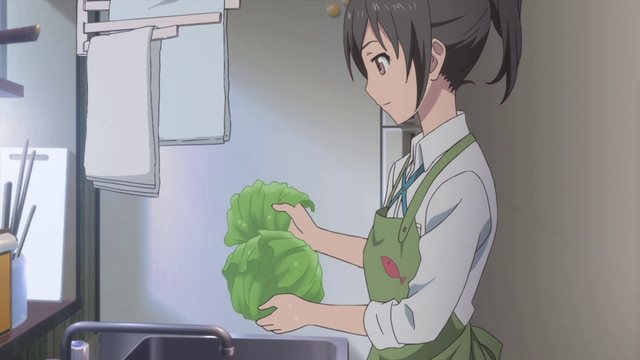 As it is, Tari Tari is just boring. They should have made it a cooking battle show like Yakitate Japan. That would be fun. Wakana could defeat the choir club by hurling cabbages at them. They could shoot back eggs out of their beaks. It would be like Super Mario Bros 2, with a logical and realistic narrative. 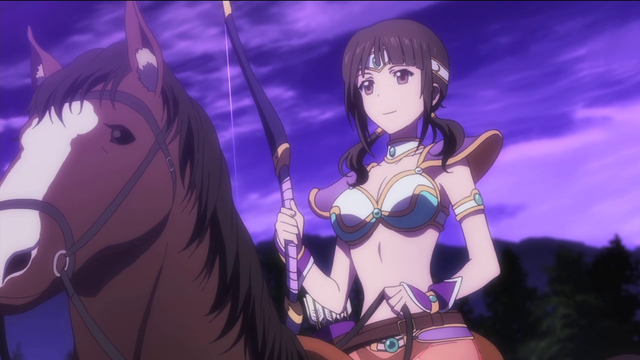 Or they could have made it a fantasy show! Sawa could be a nomad warrior princess making use of her masterful archery skill! 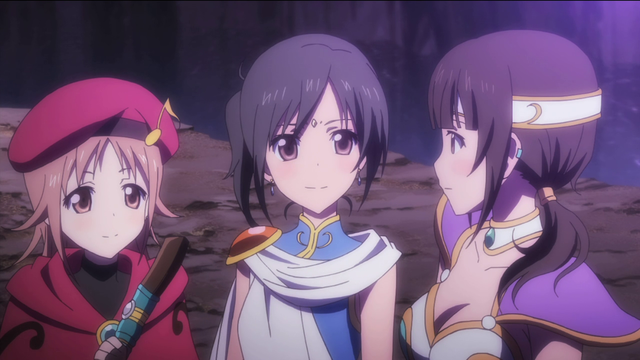 Wakana could be a mage and Konatsu could be a squire. They could save the world from the Demon King, the vice principal. That would be cool.

But no, they have to be high school students in a choir club, of all things. Their goal is to compose music and party… or something. And now, the school is closing!

This doesn’t make any sense. I barely know anything of the school, but from what I can tell, they are filthy rich. Just look at their school buildings. It’s like they’re brand new, and they clearly hired some famous architect. And if that’s not enough, look at the principal’s hair style! This is a school for the 1%, there is no doubt about it. So why are they closing due to low population? Close some poor school instead and bring more kids over here!

But really, why did they have to make a show about rich kids going to school? It could be worse— we could be animating A Separate Peace here— but this setup isn’t exactly a formula for much interest or sympathy. At least Hanasaku Iroha’s characters had to work hard. And the girls in K-On may be lazy, but at least they weren’t the daughters of millionaires (well, except for one of them). I just wish they could either include some more compelling drama or cut the insipid drama in its entirety. 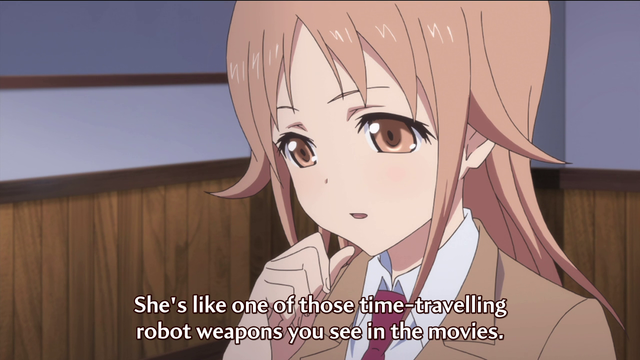 Oh, and this is a superb description of the vice-principal.