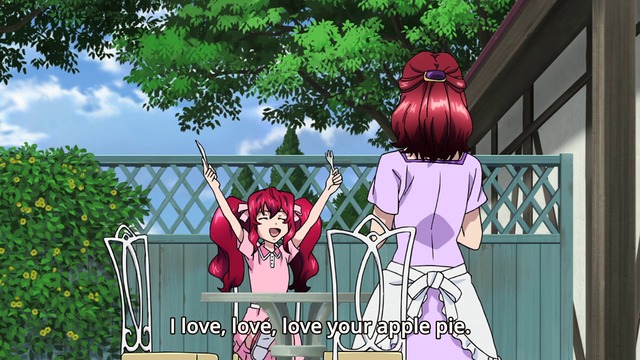 Child Hilda sits in the garden drinking tea and eating her mother’s homemade apple pie. Then some guy comes and literally tosses her into the back of the police car. 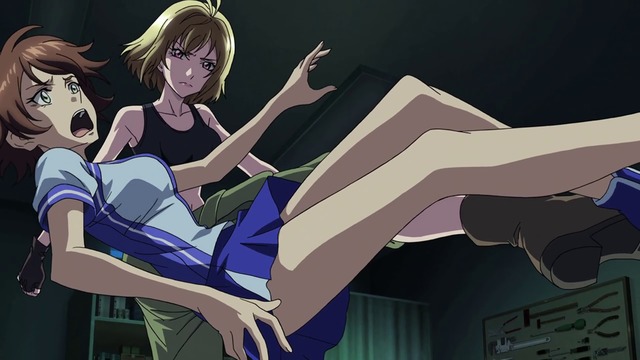 Ange is reunited with her friend, who proceeds to scream, huddle in a ball, and cover her head. She calls the police, Ange beats her up. 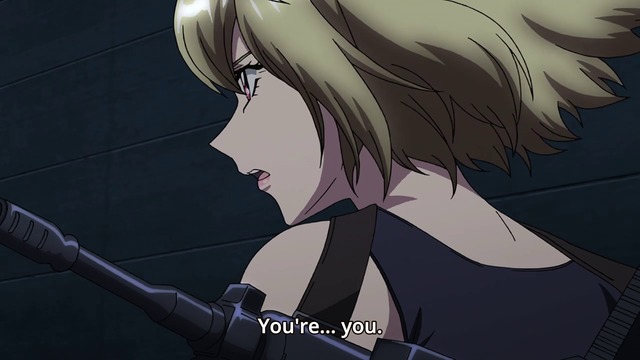 Ange flies straight into an ambush and begins a battle with the police. Ange downs two airships with a grenade…

Hilda’s mom had another daughter whom she named Hilda. Clearly not a replacement or anything… Who looks like she is ten years old and actually buys her mother flowers for her birthday. 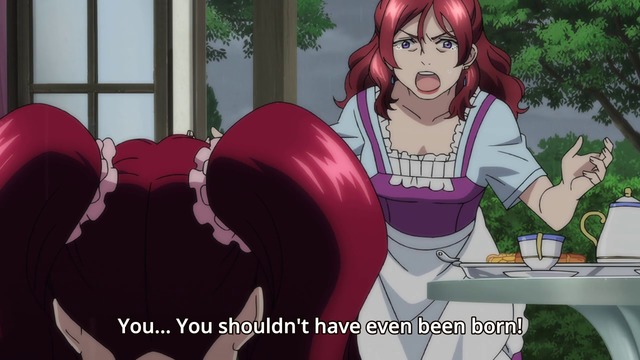 As if that wasn’t enough… Hilda’s mom says she wishes Hilda had never been born. Then she throws some apple pie at Hilda. Lol. 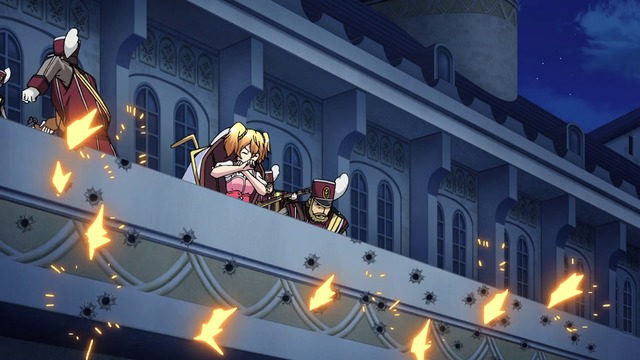 Hilda is walking down the road slowly in the rain. Some cops drive by and start kicking her. 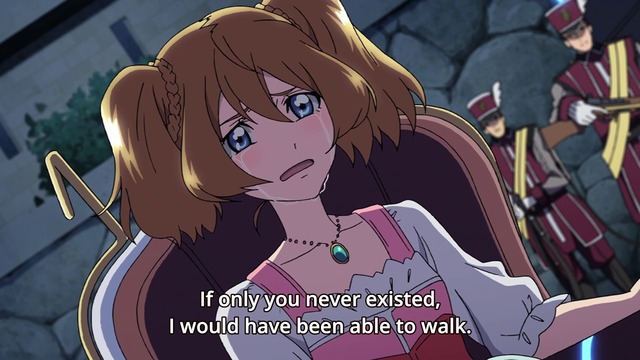 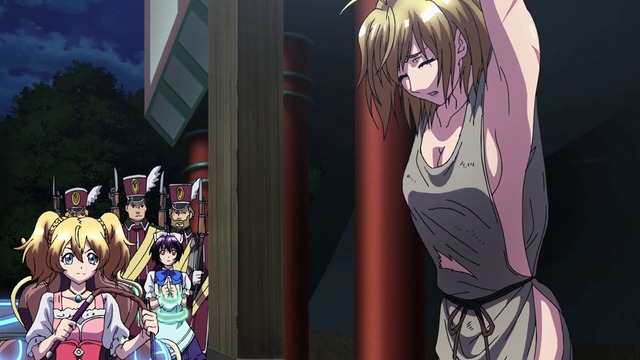 Imouto has a public whipping session. I don’t know guys… this is almost becoming too much even for me. 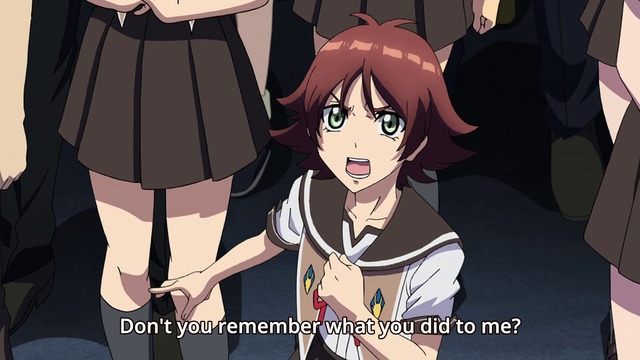 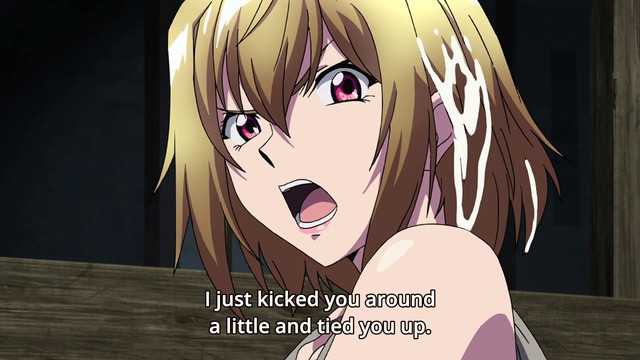 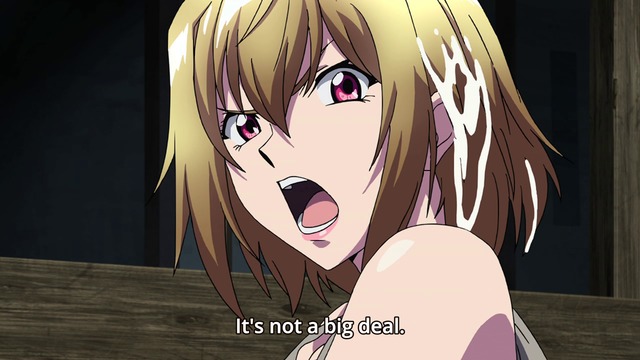 Jeez, it’s not like it’s a big deal or anything!

Everyone cheers for Ange’s death. I’m reminded of the end of The Stranger:

I felt that I had been happy and that I was happy again. For everything to be consummated, for me to feel less alone, I had only to wish that there be a large crowd of spectators the day of my execution and that they greet me with cries of hate.

Really, anyone who these people don’t hate is doing something wrong. 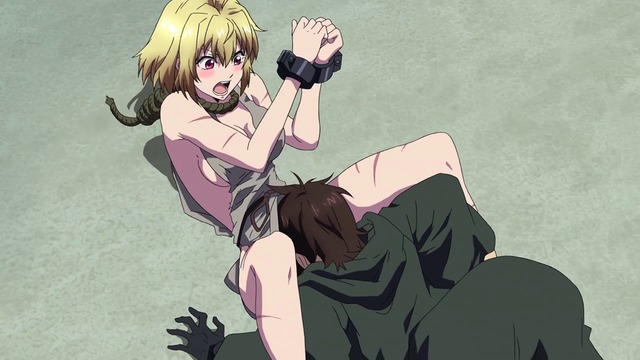 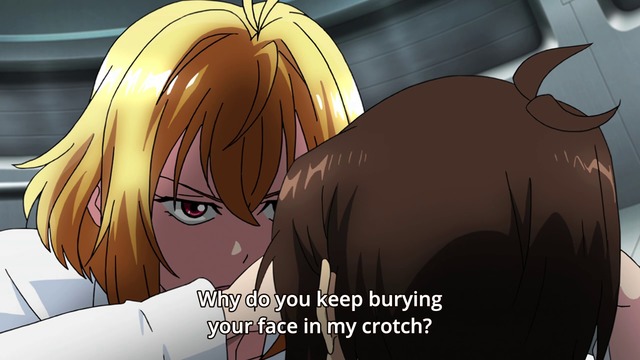 However, Tusk gets his head stuck in Ange’s vagina.

Ange thanks her sister. Then she throws a ninja star at her brother.

Momoka thinks Tusk is Ange’s boyfriend. Tusk gives Ange a ring. Tusk admires Ange’s beautiful blonde pubic hair. No I am not making this up.

Ange is relieved to be back. They punch her and toss her in jail. Hilda’s already there. Her friends come to visit her and spit on her. 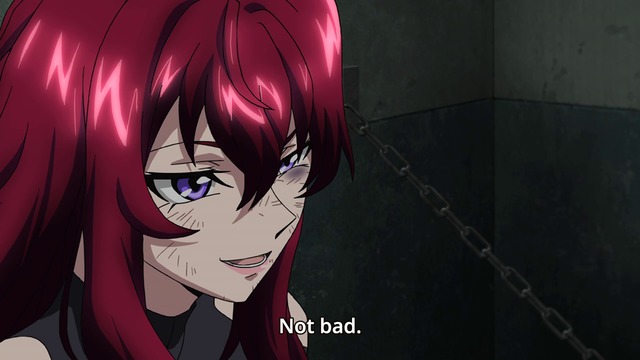 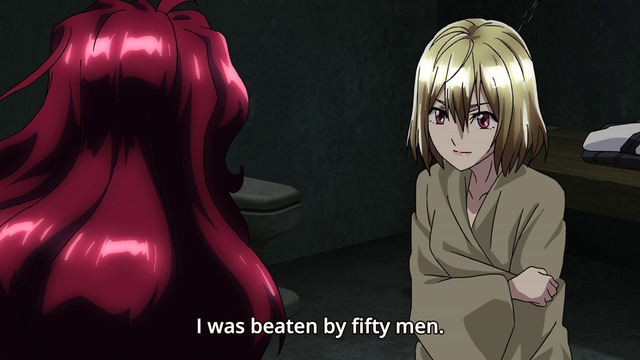 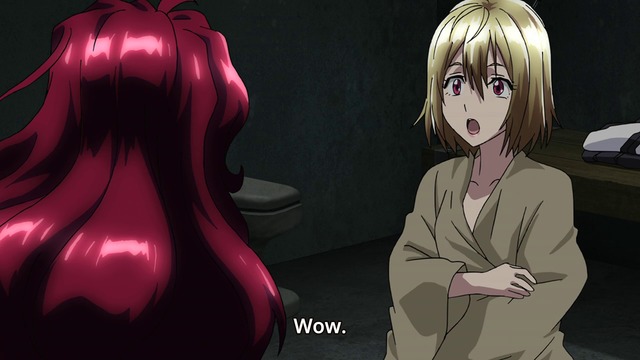 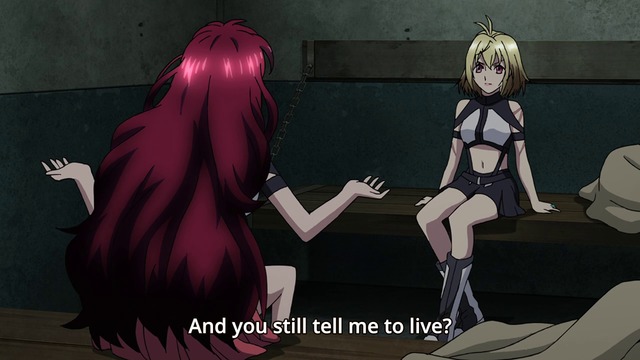 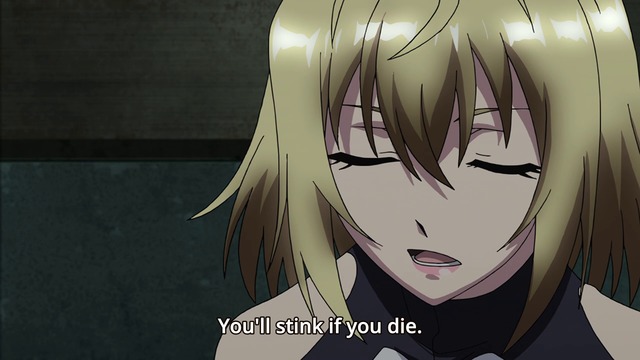 Ange tells Hilda not to die. 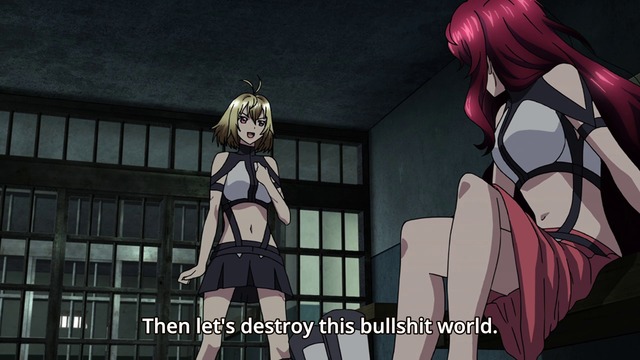 Ange and Hilda become true friends and promise to destroy the world together. Can’t wait, I wish them the best of luck! Finally this is going somewhere good!

Episode 9 was way too dark, even by this show’s standards. Was feeling pretty down there. Fortunately Episode 10 picked things up again with Ange’s escape and all the comically evil citizens, plus Tusk’s appearance and Ange and Hilda’s stupid conversation. Can’t wait for the end of the world!