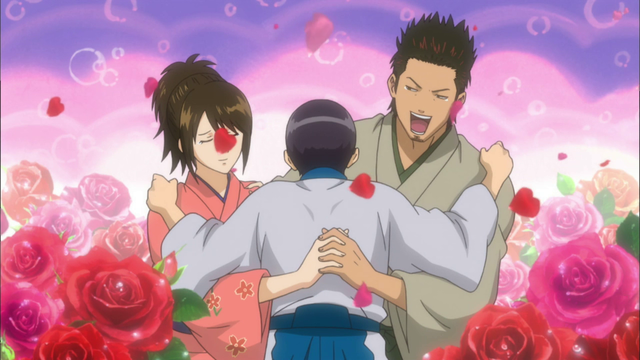 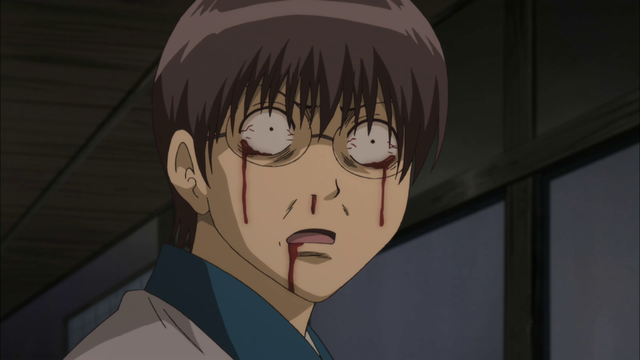 I actually still haven’t finished the original Gintama… I stopped around episode 150. Somehow the last 30-50 episodes were losing their touch, and I just wasn’t finding it as funny anymore. Still, it’s a remarkable achievement to stay fresh and keep me entertained for over a hundred episodes, so I had to at least give this new season a second chance.

I wasn’t disappointed, and this first episode returned to the level of humor in the earlier episodes of the original show. The jokes have an impeccable sense of timing— just when you think think things can’t get any worse for Shinpachi, and it seems like something is finally going right for him, they pick the perfect moment to make everything go disastrously wrong and become worse than it seemed before. I’m still laughing about Shinpachi coming out of his room to hug Otae-san and her new husband.

I’ll probably be watching this one but definitely not blogging it (too long, plus I won’t have much to say). Also, with these first episode preview posts, I’ll be skipping shows that are only two minutes long (Fireball Charming) or that it’s completely obvious I’ll hate (Toriko), although I like to make myself miserable so I’ll probably do a few of the latter category anyway.