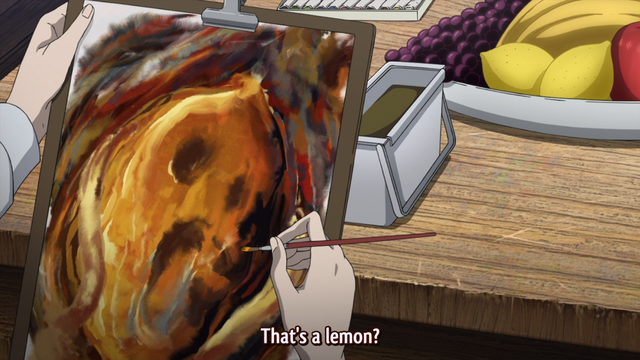 What is it with lemons in anime this week? We have Lemon-senpai in Ano Natsu, Lemon-chan in Zero no Tsukaima, and now “Lemon Scream.”

FYI, the “Lemon Scream” is referring to the painting “Scream” by Edvard Munch, which they were talking about in the hallway. 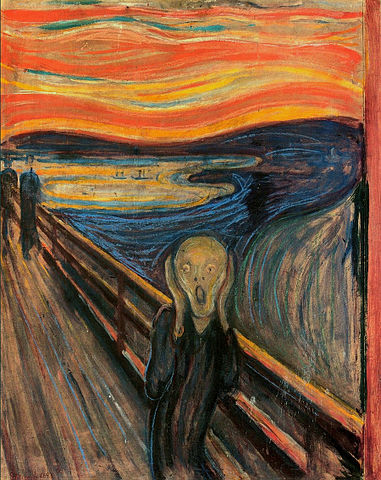 How to (Not) Be Creepy

I mentioned just yesterday that you get the biggest shock value by jumping between horrible situations and lighter situations. The same is true of horror. Another keeps playing this creepy music all the time, even in the most inappropriate situations, such as when a girl is surrounded by flower petals in the wind. 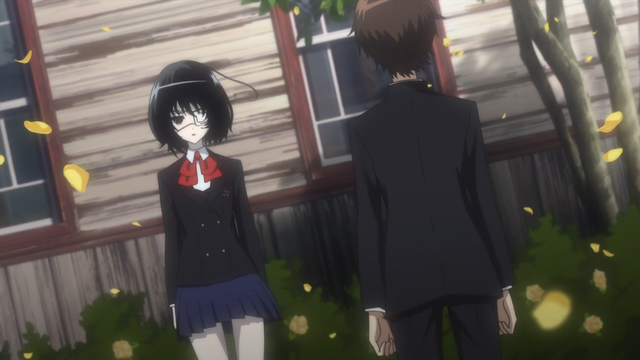 No matter what music you play, this scene is not going to be creepy. It’s just not. So why are you playing this music that sounds like we’re about to turn the corner and come face to face with the grim reaper? All it does is serve to make the music ineffective when we reach a scene which should be legitimately creepy. 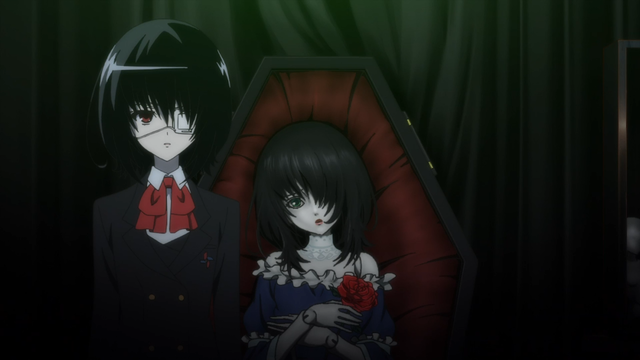 The scene in the doll house should have been legitimately creepy, when he calls “Mei” to the doll and she actually responds. It was still a bit creepy, but could have been even more so if the music hadn’t been overused. They tried to play the music to raise the tension, but since I’d been listening to the same thing for the past ten minutes with no apparent reason I wasn’t particularly alarmed.

Another is trying to creep us out all the time with the music and random doll body parts, which serves to only breed immunity. Compare this to two of my favorite shows, Ghost Hound and Higurashi. Higurashi is equal parts comedy and terror. Ghost Hound has moments of terror interwoven with comedy and more introspective, psychological moments. Because they don’t try to scare the viewer all the time, these shows can catch the viewer off guard to creep us out, while Another can’t. 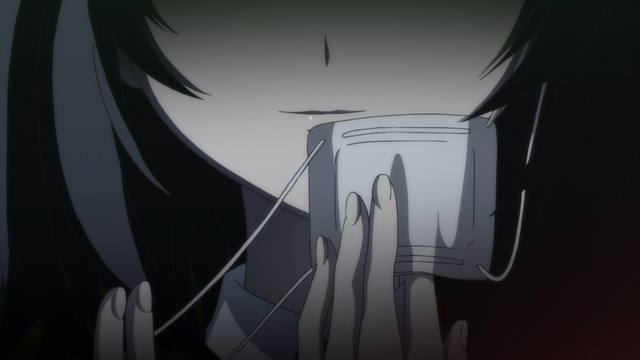 Next week we’ll find out what’s under the eyepatch. I’m guessing a doll eye. But who knows.