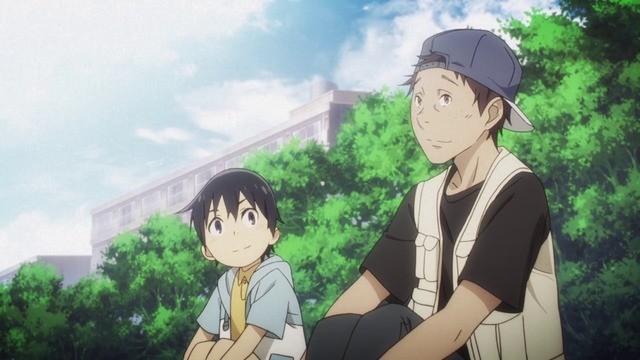 An adult goes back in time to his childhood to prevent a series of murders. And no I’m not calling it by that awful English title translation.

This is one of my favorite manga, so I went into it fully expecting to love it. But that may have been a disadvantage. The manga (and also the show) is a thriller, where you’re on the edge of your seat wondering what’s going to happen next. But I already knew what was going to happen.

Still, I feel like this didn’t have quite the impact or the tension that the manga did. It wasn’t the best transition to the screen. Something was lost. I’m not sure what. Perhaps part of it was that it was way too obvious who the criminal was. It’s been a while since I read the manga. So I recall having my strong suspicions, but I don’t remember it being quite this blatant. Another thing is that the anime lacked much of the emotional impact of the manga. For example, the whole thing with Yuuki. When he was cleared in the manga it felt like a much bigger deal. In the anime, he was never really a serious suspect. And Satoru’s anger over Yuuki’s arrest doesn’t get through as much.

They also changed things quite a bit so it could fit in the short time frame. I had no problems with this. Actually, I thought the ending was very well done. 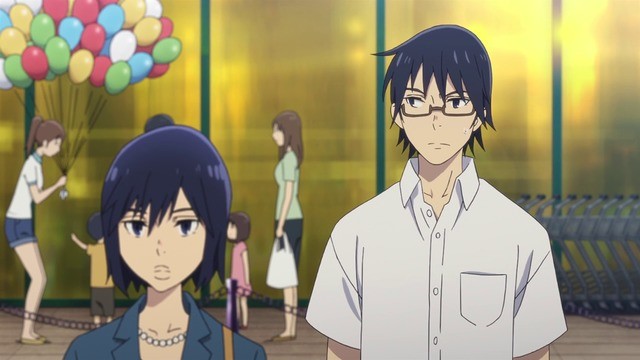 So in summary, it’s not quite as good as perfection. It’s still really bloody excellent.