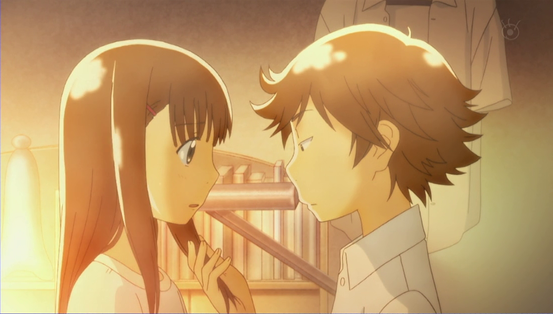 This series doesn’t like to leave any character undeveloped – in this episode, we get a deeper look at Doi, Nittori’s one-time bully. We also see both Takatsuki and later Nittori work up the courage to crossdress to school.

The best thing about this show is still how complex all the relationships of the characters are, and how they all react differently. Takatsuki and Yuki both dislike Doi and think he’s bullying Shuusuke, even though Shuusuke is willing to give him a chance. I think they’re being a bit unfair though, Doi isn’t really being a bully. Doi’s reaction to learning Yuki was a man wasn’t all that surprising – you would think that Yuki would get that all the time and would have learned to tolerate it a bit. Doi’s suggestion that Nittori go to school in female clothes probably won’t turn out well, but I don’t think Doi did it for that reason. I think he genuinely thought that Nittori was cute. 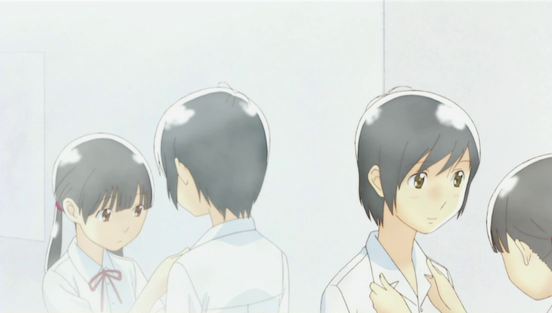 Unfortunately, barely any Chiba and Anna appearances this week. We did get a nice scene where Chiba adjusts Takatsuki’s collar though, like a wife before her husband goes off to work. 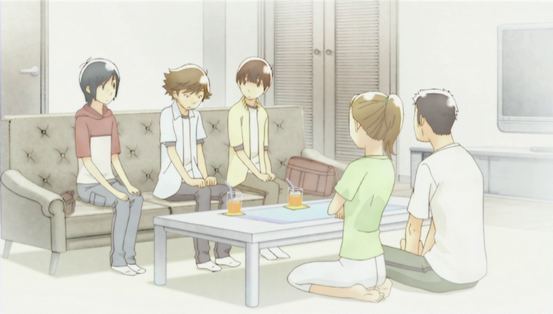