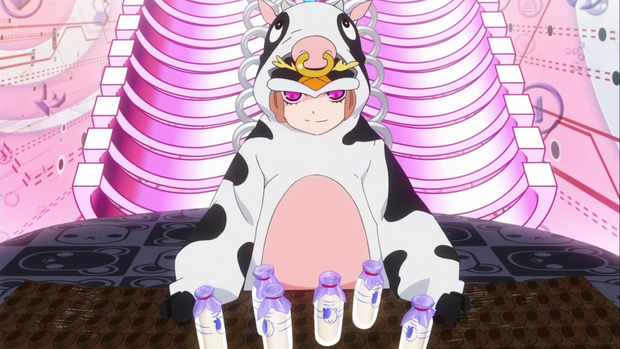 This cow segment was hilarious. How do they come up with this stuff? I can’t believe that the emperor penguin hat thought that Himari drinking milk would convince the brothers, even if all the crazy space ships and whatnot haven’t. What’s even funnier though is that the two brothers still don’t believe in the penguin hat and thought everything was an illusion created by Himari. They’re rather dense. 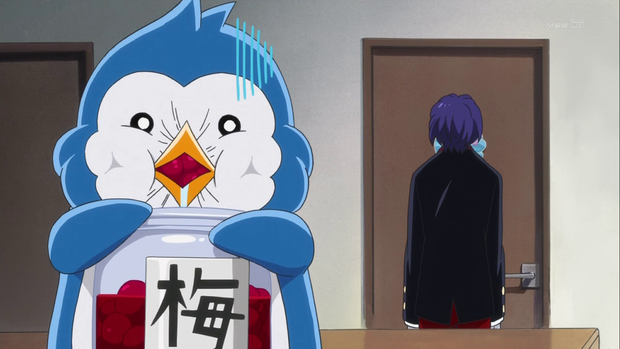 This whole penguin hat transformation sequence gives off Utena and Star Driver vibes for me- the ritualistic feel to Himari’s shout of “Survival Strategy!”, the music and the rocket ship, and Himari descending the steps. Then we have one part that isn’t always the same, followed by the opening of the trap door and the return to the normal world. I find rituals like these to be quite powerful. 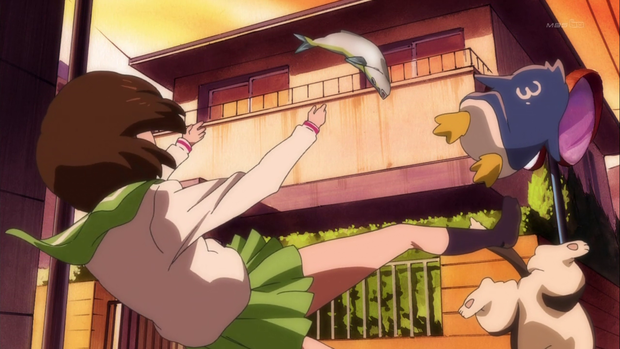 The penguins continue to be amusing, as does the brothers’ stalking. It looks like they may continue to take things further and further to save Himari. I’m still not sold on Ringo though, but it’s getting there. I’m not entirely sure where everything is headed yet (which is probably a good thing). Ringo becoming friends with Himari will definitely spice things up though. I’m curious to see what the penguin hat will have to say about this development in the next episode.

This is stretching things a lot based on no evidence whatsoever, but I’m kind of wondering if we might see some romantic development between Ringo and Shouma. Largely because he wanted to eat her curry and refused to enter her room. Again, this is a huge stretch though. Another thing: why did Kanba hide the family pictures from Ringo? I wonder if there is some secret about their parents. 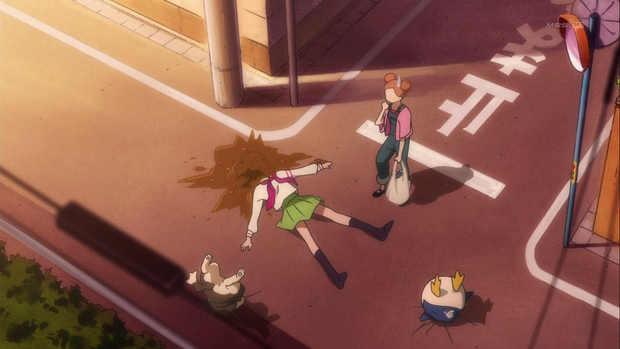 Giving the teacher a girlfriend was a nice twist as well. Poor Ringo. I suppose her fate did come true, but it’s remarkable that she can still be pleased with how things turned out and happily put a stamp in her diary. The face full of curry (although well deserved) shouldn’t have helped to brighten her day either.