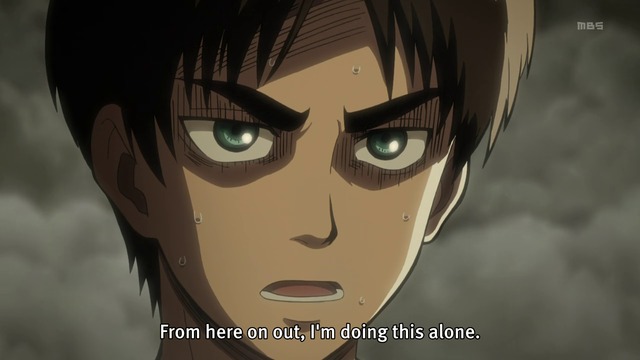 As in seemingly every anime ever made (particularly of the shounen variety), the characters in Shingeki no Kyojin this week confronted two questions of utmost importance: 1) should Eren ditch his friends and go it alone, and 2) is Armin completely useless. The answers are 1) no and 2) no. Big surprise. Hopefully we’ve worked all this out of our system now and we get back to kicking giant ass with pneumatic grappling hooks next week. 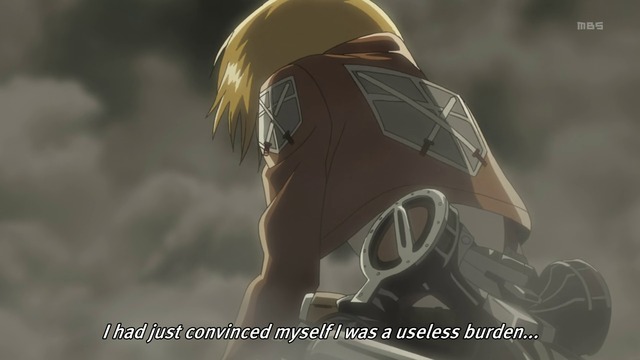 Despite the inanity of the questions this week’s episode asks, the delivery continues to be superb. The scene where Armin tries to convince the commander not to kill them was intense, especially the way Armin’s voice acting and the animation came together during his impassioned speech. 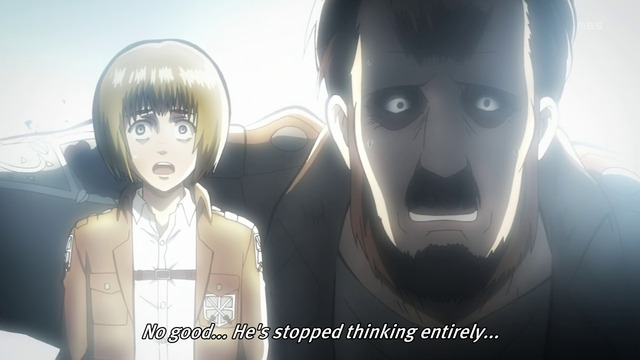 Armin realizes the commander has stopped thinking entirely (couldn’t help myself from cracking up at that line), turns around, and sees Mikasa and Eren who haven’t realized anything is wrong and remain fully confident in his ability to get them out of the deathtrap they’re stuck in. Some great drama here.

In response, Armin tosses logic out the window and makes a desperate emotional appeal, complete with a salute. They’re pulling out every tool in their toolbox here to build up the tension for the one final moment when the commander’s hand falls to signal the cannon. This show takes all the time it needs to build up the excitement for that one moment. Most of the episode, in fact. It’s similar to Hellsing Ultimate in that regard. The downside is that the story doesn’t move very quickly: however, the parts that we do experience have a much bigger impact as a consequence.

After building up all this energy for the execution, Pixis stops the fall of the commander’s arm in a giant anti-climax. Which of course only makes me look forward to the next climax all the more. 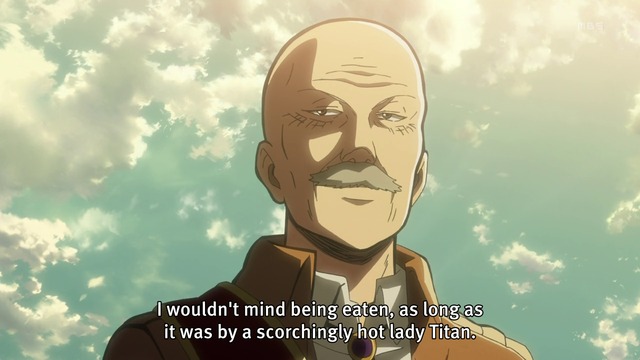 This guy’s pretty amusing. Looking forward to seeing his interactions with potato girl. 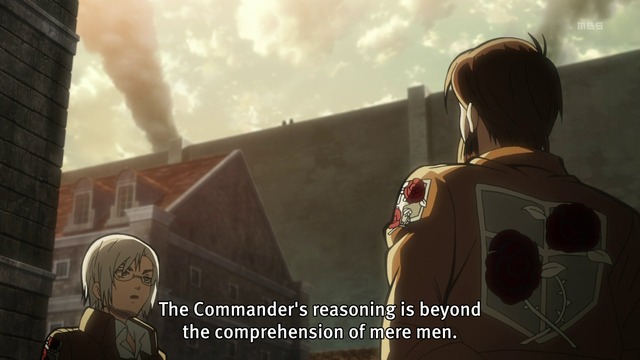 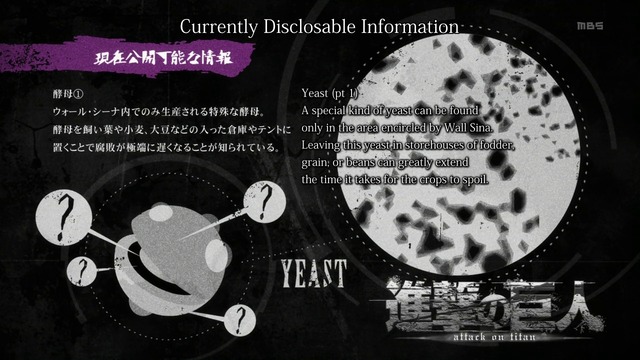 Am I the only one who found this eyecatch regarding yeast rather suspicious? It seems strange that some yeast should only be found within the center wall, and that it has such miraculous properties. I wonder if this is somehow related to the nature of the titans and the walls, or if it is just a red herring.