Didn’t see that one coming.

Also, so many death flags this episode! 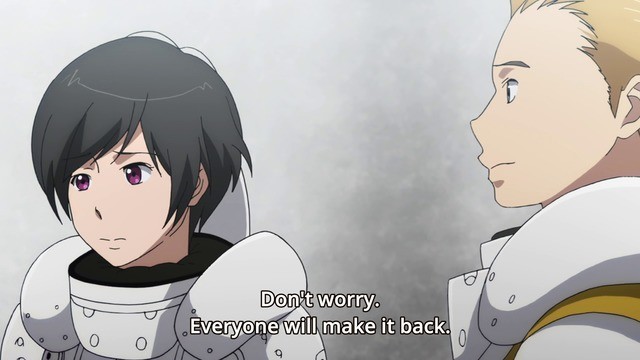 I missed a few more really obvious ones too. Like with the drunk guy.

This scene with Inko was hilarious.

Yeah, Inaho’s not anybody special! He’s just your average, regular guy! It’s not like he’s been winning this entire war by himself or anything.

Definitely. Finally the voice of reason.

I’ve always been a fan of the wheelchair girl, and she’s just getting better and better. She started out hating her sister but she’s grown throughout the season.

So, who’s going to die? Would be hilarious if Inaho and Slaine both died and Princess married this random count. Don’t think it’s going to happen though…

You know, now that I think about it, none of the earthlings besides Inaho have done anything significant this entire season. Like Rayet. She was a major character in the first season, but now she’s completely useless.