Our hero is awakened by his sister jumping on top of him in bed, and he spends the day flirting with cute girls at school.

Then he learns that his sister commands a flying battleship and his love interest is a cyborg who fights aliens. He has to date all the aliens or they will destroy the world!

This premise sounds completely retarded at first glance. But I enjoyed it immensely. It’s quite funny as a parody of dating sims. The crew of the ship will get some choices, as in a visual novel, and the main character will execute the one they vote on. Usually it’s blindingly obvious but they’ll debate it anyway. Sometimes all the choices are idiotic. There are tons of other ridiculous things going on, like an NGE-style town transformation where all the food stalls are actually missile launchers. 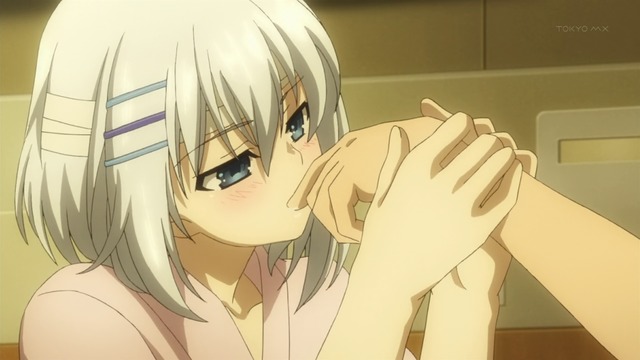 DATE A LIVE also has some excellent, bizarre fanservice. Origami is the best, FYI. 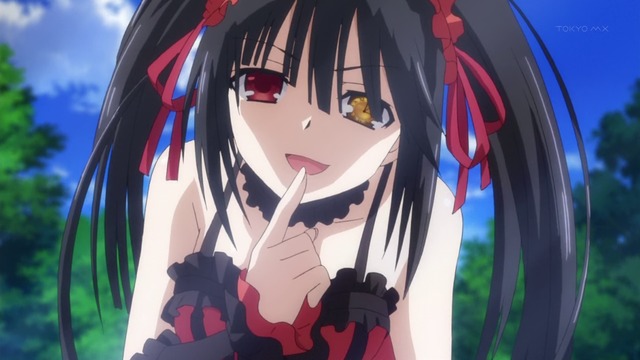 We also have a villain who is murderously insane. I’m a bit of a sucker for that. Yeah that’s right, look forward to my review on Crime Edge, one of the best shows of the season.

My biggest complaint is that two of the female characters, Tohka and Yoshino, are infuriating. I want to strangle them both. Tohka is an idiot, and Yoshino is a loli who talks through a puppet. Ugh.