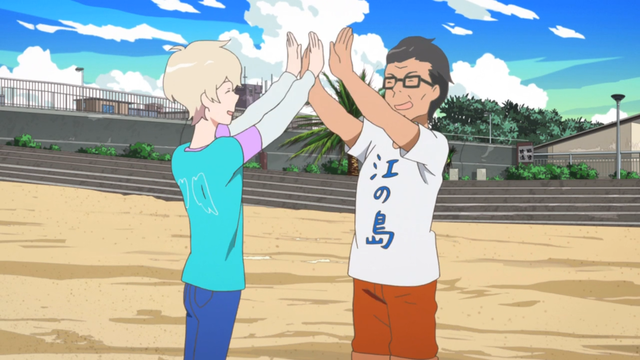 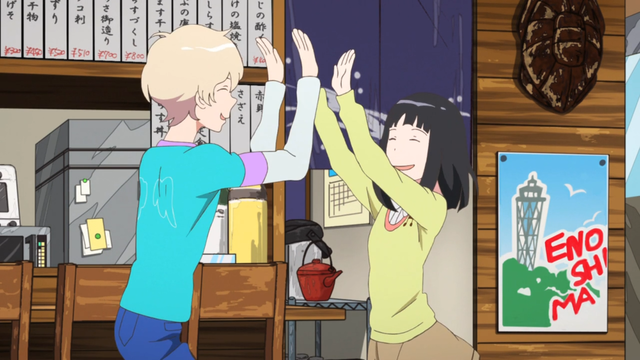 Haru can make friends with anybody. What’s so special about him? I think it’s the fact that, as an alien, he has absolutely no inhibitions or shame. He doesn’t care if people think he’s a weirdo. Yuki, on the other hand, is always worried about what other people think. He gets embarrassed and feels like he’s drowning. But Haru’s a fish. He can’t drown.

Haru also has the power to save Yuki from drowning when he becomes embarrassed. Ashamed of introducing yourself to the class? Let’s dance. The fish that Yuki catches also have this ability. When the fish is pulling on the line, there’s no time to get embarrassed.

In this episode, Yuki begins to have a panic attack when he witnesses Haru drowning. But this time, Yuki is able to overcome the panic by himself, and dives into the sea in a heroic attempt to rescue Haru. 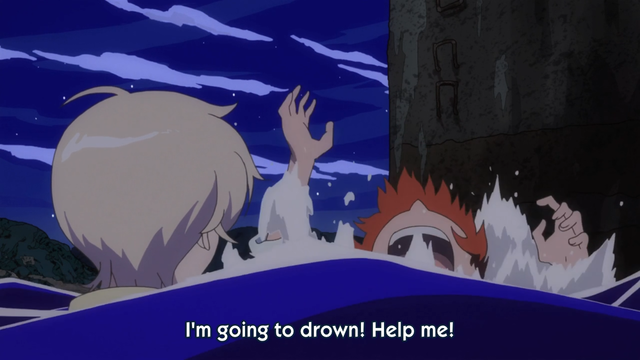 There’s only one problem: Yuki can’t swim. Haru still has to save him from drowning.

Haru was in the ocean facedown because he was feeling “dry.” Definitely a fish. 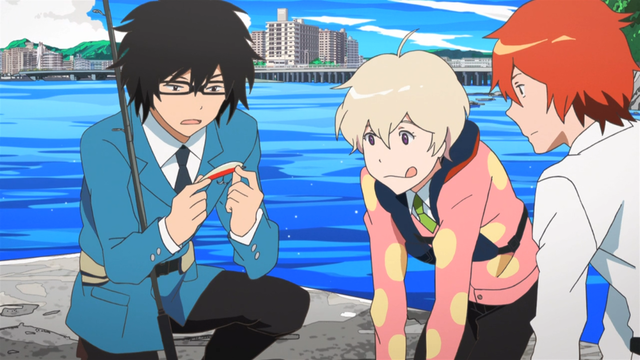 He even looks like he wants to eat that bait. I guess Haru and his sister are big fish who eat all the little ones. There must be something more to this particular fish, however.

This series has an excellent soundtrack. It has a whimsical feel that perfectly matches the feeling behind both the artwork and the show itself. It’s a great combination with the simple guitar backup and the recorders(?). Can anyone confirm that these are actually recorders, or does anyone know what they are? 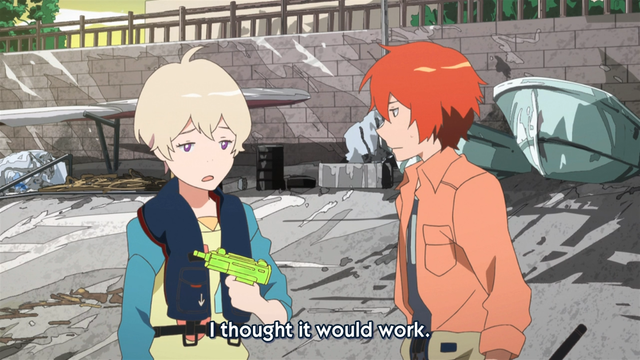 Not every problem can be solved with temporary mind control, unfortunately. 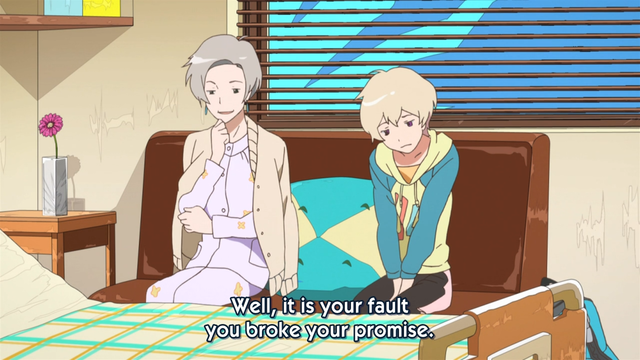 Haru has definitely picked the right person to go to for advice.

Still the best character. Even when she doesn’t do anything besides move her arms with a creepy expression on her face.