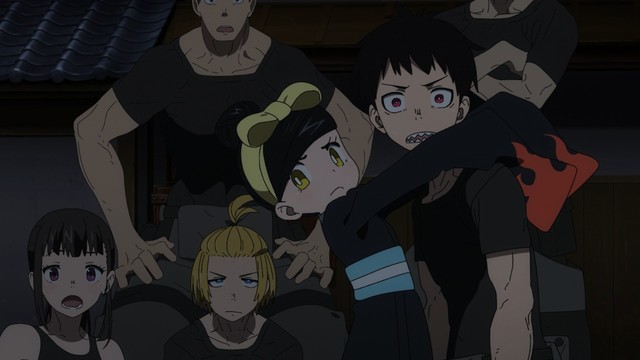 Fire fighters put out fires by lighting bigger ones with super powers.

But yeah, everything else about this sucked. The main character is a sucker. Everyone is stupid. Whenever they realize how uninspired the characters are, they just constantly add new ones to distract you. Fight after fight after fight that never amounts to much of anything. Some shadowy “mysteries” that never get resolved and are probably stupid anyway. 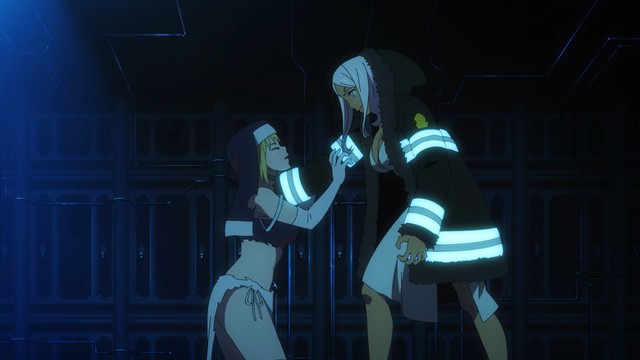 But the worst thing about this show is its treatment of the female characters. And I say this as someone who greatly enjoys classy perverted trash. They do absolutely nothing except have their clothes fall off and get rescued by men. They’re also very very dumb. I guess the one female captain isn’t a complete moron, but she makes up for it by walking around with her tits popping out. We spent a good amount of time in the Classy calls how Hensuki had much more respect for women than this show.