Finally, the time everyone has been eagerly anticipating has arrived: round three in the aniblog tourney! Go vote for your favorite blog (mine) here!

If you’ve never been here before, then welcome! Check out some of my favorite posts, including various other bloggers singing about Guilty Crown (ok, one of those is me), and my commentaries on Mawaru Penguindrum.

Last time, thanks to your help, I narrowly defeated a formidable opponent in a close battle: the mysterious “Michael”, who didn’t seem to realize the tournament existed. This time, my opponents are even more challenging. Even worse, there are four times as many! Be sure to check them all out:

Analog Housou was actually moved to a different round after I wrote this post, so you won’t be able to cast your second vote for him this round. But I’ll still give him a turn in the spotlight since I already wrote it up.

Since my competitors are, much like myself, people filled with humility and grace, they will likely be unwilling to toot their own horns out of a misplaced sense of modesty. So I will do them a favor and tell you a bit about them.

Mr. Meek likes Milky Holmes, so I like Mr. Meek. But I will say, he does seem to have some anger management issues. Just look at his face, contorted in a permanent snarl of rage. Even the name of his blog is a curse! Also he must be the kind of person who says “iced cream” rather than “ice cream” because he has antiquated notions of language.

Krizzlybear at Baka Laureate asked me to go easy on him, so I’ll accept his request. I’m such a nice person.

Although it’s his first time in a foursome, Krizzlybear already has extensive experience in a twosome (with Mr. Meek, in which neither came out on top). But a foursome is a bit much. As Krizzly Berra once said, “Pair up in threes.”

Lostty is a princess. And Mr. Meek is her knight in shining armor. 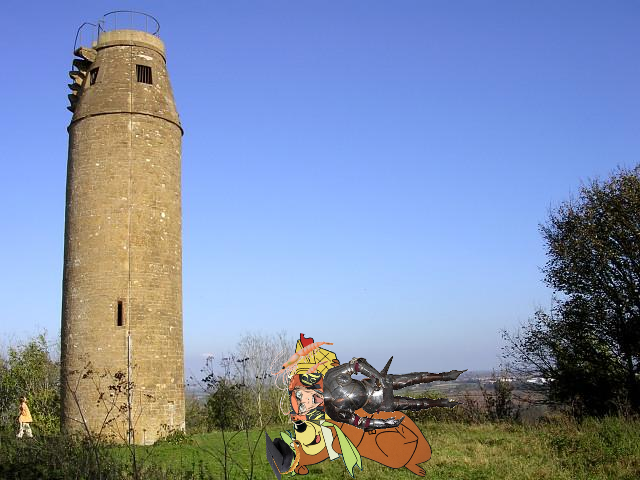 8 thoughts on “The Aniblog Tourney Round 3: The Fearsome Foursome”