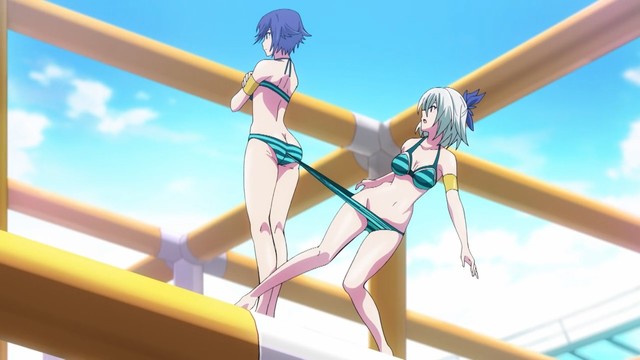 This anime was amazing. It’s your typical sports show, where the hero trains and gets better and learns new techniques and enters tournaments, except it takes this formula and applies it to the ridiculous sport of Keijo, where you have to use your butt and breasts to push people into the water. Then when someone falls, they show their face on the jumbotron, put a giant ‘X’ mark over it, and the announcer shouts “Loser!!!!” (one of my favorite parts of each episode). The Keijo matches attract thousands of spectators, of all ages and genders, all cheering wildly. That sounds ridiculous enough, right?

But then they take this sport and produce a show such that this ridiculous sport is actually one of the most believable parts of the show. Everyone has crazy powers, all centering on butts, naturally. It was stupid as fuck, absolutely hilarious, and actually legitimately a good anime all at the same time. This is easily the best anime we’ve ever watched in Classy. (Well… not that that’s saying too much…)

Even people who don’t like the perverted stuff might want to give this one a try. It’s so ridiculous I think most anyone will be entertained.