In the future, the Sibyl System rules Japan and determines everyone’s future. Scanners measure people’s “Psycho Pass” readings to determine if they are likely to commit a crime. Those with undesirable readings are treated as criminals and put in jail or killed. Our story follows a group of detectives who enforce the will of the system.

PSYCHO PASS is written by Urobuchi Gen, and it’s a fairly dark story as we’ve come to expect from him. Fortunately, the darkness is interspersed with lighter moments that are certainly not moe. 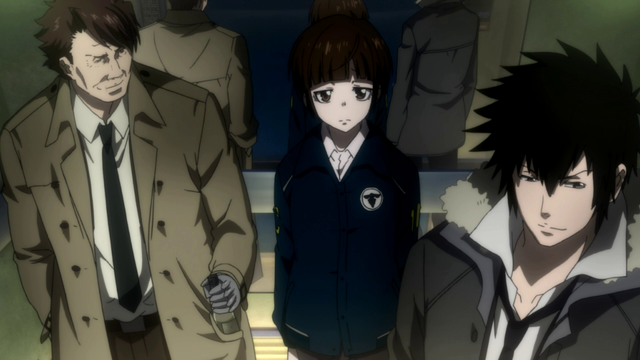 So the not-moe thing is a joke. Clearly, PSYCHO PASS is moe. But this whole moe controversy reflects the broader problem with PSYCHO PASS. The show faced self-denial about its identity. In my opinion, in its essence the show is a sequence of action-packed detective cases, and a character study of the enforcers. These portions of the show were superb.

But PSYCHO PASS wasn’t satisfied with that. It wanted to be an intellectual critique of modern society. So it spent a great portion of the show, particularly the latter half, discussing philosophy. Unfortunately the ideas here basically amounted to name dropping of books, and we got nothing out of it. There were so many fascinating ideas about law, justice and what it means to be human that could have been explored through the lens of the Sibyl system. I tried to discuss some of these in my posts on the series. Unfortunately, PSYCHO PASS never took the bait with any of these ideas. It spent plenty of time talking philosophy, but conscientiously avoided the heart of the matter. I would speculate that the problem here was over-ambition.

Another issue is that later on, the show throws a bit of its logic down the tubes. The true identity of the Sibyl system is particularly stupid, as is the villain’s final evil plan. These problems weren’t too hard to look past though. 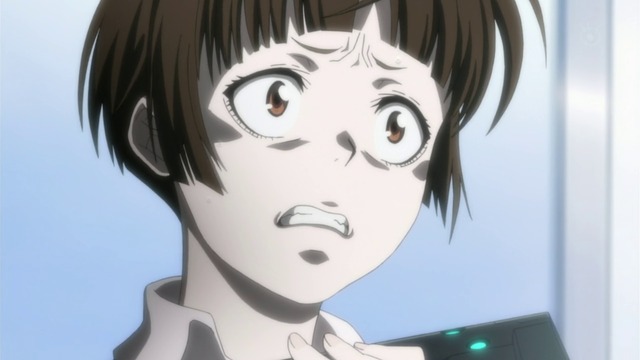 Regardless, the characters, the cases and the action are great. So I still recommend giving this show a chance. Just don’t expect a brilliant treatise on law and government.