This is part 39 of my SAO summary / fanfiction, and you can start from the beginning here.

Asuna was still worried about how Yuuki had logged out of SAO the other day.

“Yuuki hasn’t logged in for three days!!! She must be dead!”

“You may be right. We haven’t heard from her either.” 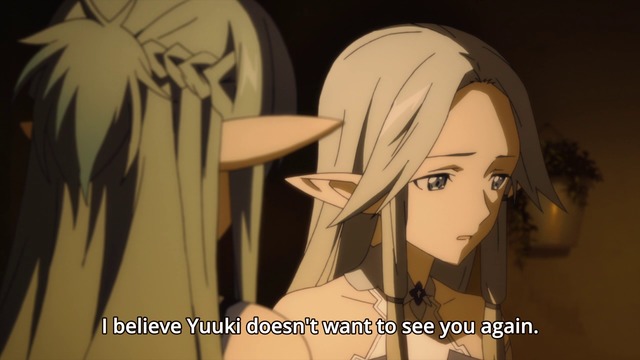 “But I believe Yuuki doesn’t want to see you again. You should leave her alone.”

“But… but… Yuuki is my best friend… besides my family… I only met her three days ago, but we were so close.”

“Even if the guild disbanded, I thought we could stay friends forever. I really admired her swordplay, and wanted to fight with her more.”

Meanwhile, Dr. Kirito, Ph.D., was reinventing the science and technology of virtual reality. He had plugged a camera into his laptop via USB. Truly, Kirito was a visionary thinker.

Asuna went to complain to Kirito about how her best friend never wanted to talk to her again. Kirito handed her a slip of paper with the address of the research facility Yuuki was housed in. “I’m busy doing science, woman! Leave me be!”

Asuna headed to the research facility, and met Yuuki’s doctor.

“Um… Did Yuuki-san tell you about me?”

“All she does is talk about you. You really made an impression on her with your swordplay. But the truth is… Yuuki has an STD (sword transmitted disease).”

“It’s okay. That’s what we build this medical device for. In Alfheim Online, Yuuki can do swordplay to her heart’s content without spreading the disease to anyone. That girl really loves swordplay, more than anyone I’ve ever met.”

Yuuki told Asuna to meet her in Alfehim Online. She logged in and searched desperately, crying and screaming all the way. Finally, Asuna found Yuuki waiting, exactly where Yuuki told her she would meet her.

“Asuna… the truth is… I did swordplay with so many people, and became a master swordsman. But along the way, I picked up an STD.”

“But despite that, I still love swordplay so much. I couldn’t live without it. That’s why I’m grateful for the world of Alfheim Online, where I can practice swordplay with anyone I want without endangering them at all.”